Virtual No Finish Line draws to a close

Virtual No Finish Line draws to a close 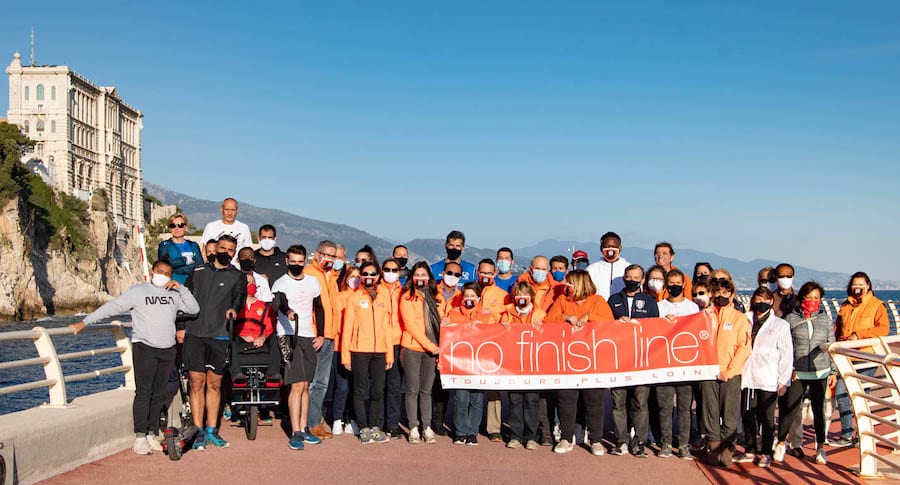 The 2020 edition of No Finish Line ended with more than 200,000 kilometres covered by 11,624 participants running and walking in 19 different countries.

After more than 190 hours and 211,208 collective kilometres, No Finish Line (NFL) came to an end on Sunday 2nd November and was deemed a huge success, especially considering the unique way the race was run this year due to the ongoing coronavirus situation.

At the end of the race, National Council members Didier Gamerdinger, Jacques Pastor, and Karen Carvalho, along with celebrity representative Will Yeguete of the AS Monaco Basketball team, gathered together at 3pm on Sunday to mark the conclusion of the race.

This year, participants logged the hours they walked and ran using an app, which allowed them to be anywhere in the world. As a result, there were 11,624 racers running in 19 countries as far flung as Canada, Australia, Bolivia, Thailand, the USA and South Africa, making the event truly global in scale.

Children and Future, the charity that receives the proceeds, has also offered to donate €1.50 per kilometre, rather than the €1 originally planned, thus raising a total of €317,704. This money will go toward projects that help sick or underprivileged children and include a special donation to the children of the Storm Alex stricken valleys. They will also receive 800 toys that were collected during the race, just in time for the holidays.

Donations made to Children and Future by others include a generous offering of €10,000 by Bernard Boucher on behalf of his organisation Le Rocher du Coeur, which gives sick children dream moments outside the hospital. An additional €8,000 was raised by the Monte-Carlo Casino through the sale of donated panettones, and by the sale of NFL branded merchandise.

The individual winner of the race was Didier Da Costa who racked up 756km. He led the race from the beginning and ran his race from Ireland. In 2nd place was Alain Forcella with 615km and 3rd was Christian Dal Corso with 486km.

The first place woman and 11th overall was Karine Borgheresi with 394km, while 2nd place went to Cathy Muller with 37 km and 3rd to Laura Gross with 301km.

The first place team was Barclays Monaco and Fight Aids with 10,181km. The 2nd place spot went to the Cardio-Thoracic Centre of Monaco with 8,384km and the 3rd, to SBM Offshore with 7,368km.

Photo by André Faure for No Finish Line