Visit the car collection of HSH Prince Albert of Monaco 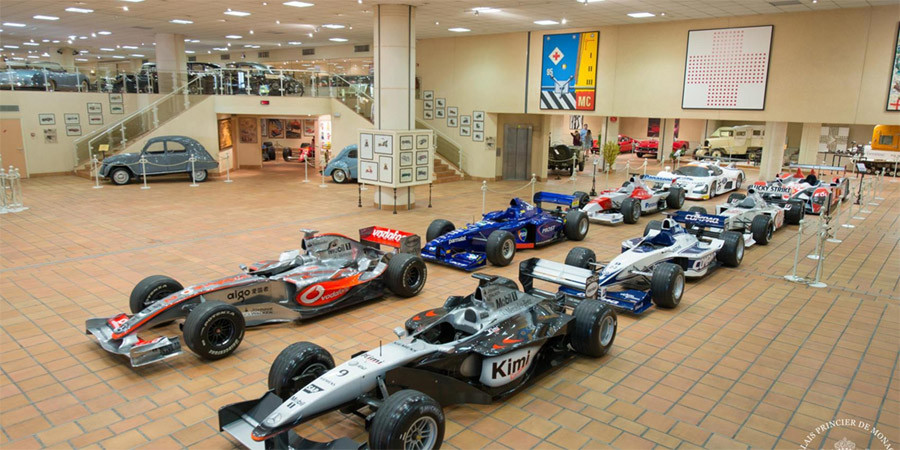 Located on the Terrasses de Fontvieille, this remarkable exhibition brings together almost a hundred cars of all ages, produced by the top European and American manufacturers, as well as six coaches belonging to H.S.H. Prince Rainier III of Monaco.

In the late 1950s, Prince Rainier III, who was passionate about cars, began to collect vintage vehicles. Over the years, as acquisitions were made, the collection grew and very soon the garage at the Prince’s Palace proved too small to house the hundred or so beautiful cars, some sporty, others statuesque in silhouette, with their majestic bodywork, gleaming bonnets and regal grilles!

And so in 1993, Prince Rainier III decided to unveil his treasures to the public.

This exhibition, covering an area of 5,000 m2 and unlike anything else in the world, features a collection of some one hundred cars, from the 1903 DE DION BOUTON to the 2013 LOTUS F1, not forgetting makes and models such as HISPANO SUIZA, ROLLS ROYCE, LINCOLN, FACEL VEGA, DELAGE, DELAHAYE, PACKARD, HUMBER, NAPIER, FERRARI, MASERATI, LAMBORGHINI, ALFA ROMEO, the LEXUS from the 2011 Royal Wedding, and more. Also on display are race cars which have competed in the Rallye de Monte-Carlo and the Monaco F1 Grand Prix.

Exhibition of Ferrari vehicles at the Cars Collection of H.S.H. the Prince of Monaco, from 3 December 2018 to 15 March 2019. 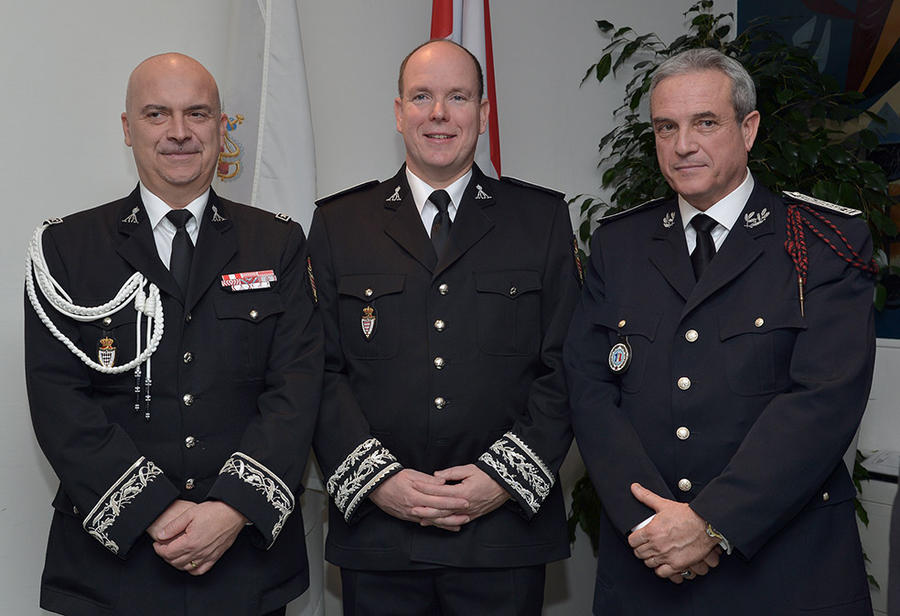 Richard Marangoni, Police Commissioner, Prince Albert and Chief Superintendent Régis Asso © Charly Gallo/Press Center[/caption] Monaco’s police chief for the last three years, Regis Asso, took his leave of the force on Friday, his 60th birthday. Mr Asso has presided over a steady decline in criminality during his term in office, with an overall decrease in offences of 15 percent. Mr Asso attributed this success to a well-trained and respected police presence in the Principality, with much emphasis placed on high visibility. He also credits Monaco’s extensive and sophisticated video-surveillance system with helping the fight against delinquency. Mr Asso had held a number of senior posts in the police services in Cannes and Nice before moving to Monaco. His replacement as head of the police force of Monaco is his deputy, Richard Marangoni, a Monegasque.

Local News Staff Writer - January 27, 2017
https://www.youtube.com/watch?v=l0i9u5PHVYA&t=1s EasyJet and Monacair, the company founded by Stefano Casiraghi in 1988, have linked up to provide much easier access to and from the Principality, the two companies announced January 23. The partnership means that passengers using the leading airline at Nice-Côte d’Azur Airport and Monaco’s scheduled helicopter shuttle service can be whisked to the Principality in just six minutes. EasyJet passengers in transit via Nice for Monaco often face major difficulties and delays in reaching the Principality by road. Now they can go directly to the Monacair counter on arrival, where they are picked up and taken to the tarmac to board one of the fleet's six Airbus helicopters. Monacair, which offers an airport shuttle every fifteen minutes across seven days, provides a free transfer service between the heliport and any address in the Principality, upon arrival and departure from Monaco. "Since Monacair became the official operator of this regular line in January 2016, we are stepping up initiatives to facilitate registration, reduce connection times and develop innovative solutions to meet our clients' need for speed," Gilbert Schweitzer, Chairman of the Monacair Group, told Monaco Life. "Monacair and easyJet, the precursors of synergy between aircraft and helicopters, are giving our shared passengers the opportunity to benefit from the dynamics of our two airlines." The Monaco-Nice journey can also save a great deal of time, as passengers without hold baggage on scheduled easyJet flights can arrive at the heliport in Monaco 50 minutes before the departure of their easyJet flight from Nice. For departures from Monaco, and on arrival in Nice, passengers leaving the helicopter are transferred directly to the boarding gate of their easyJet flight. Holders of the easyJet+ card can embark as a priority. EasyJet carries three million passengers to and from Nice-Côte d'Azur airport every year, with more than 220 flights a week in and out of Nice, and 25 percent of its passengers are business travellers. In both Nice and Monaco, passengers benefit from comfortable lounges at the heliport. Réginald Otten, easyJet’s Regional Sales Manager in France commented to Monaco Life, “EasyJet has been a facilitator of travel to and from Nice for 20 years. This partnership is part of that logic while guaranteeing simplicity and saving time. Frequent travellers, including business passengers who are fond of high value-added services, will find in this offer a natural extension of their journey from Paris, London, Geneva." Air France adds Tel Aviv and Athens In other airport news, Air France is to add two new seasonal destinations this summer from Terminal 2 at Nice-Côte d’Azur Airport: Athens and Tel Aviv. From July 22, the national carrier will operate four flights to Israel, on Monday, Wednesday, Friday and Saturday, leaving shortly after 7 am each morning, except on Saturday, when the flight departs Nice at 11:15 am. The last flight of the season will be on September 9. Flights to Athens will operate on Tuesday and Thursday, leaving at 8:40 am and 8:15 am respectively. The last flight of the summer will be on August 31. Airbus A320s will operate on both routes, with a seat capacity of 178. (Feature image: Facebook Monacair) Article first published January 25, 2017. READ ALSO: Nice-Zurich with easyJet from June 2017