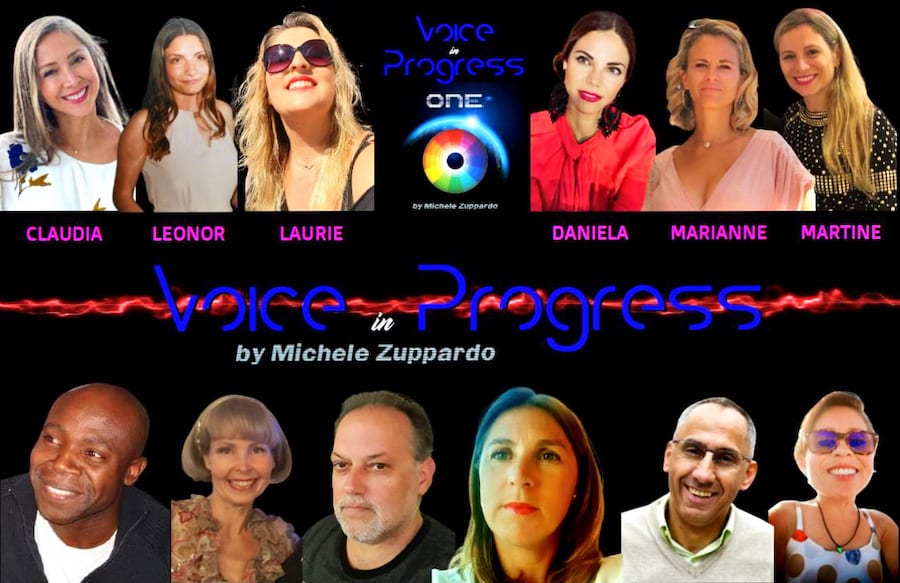 A new music project in Monaco, Voice in Progress, will be holding its first concert this October featuring 20 of the region’s brightest stars.
Voice in Progress began in Monaco in November 2019 with a series of open-house auditions for music enthusiasts. Eventually, 12 adults and eight children were invited to join the team.
Organised by musician and producer Michele Zuppardo, and supported by the Association Monégasque pour l’Amérique Latine (AMLA), Voice in Progress is an opportunity for participants to learn technique, interpretation, improvisation and voice harmony.
It involved four months of intense training, including singing lessons and master classes organised in collaboration with dancers, actors, and a stylist. Participants also performed at private parties and in public places.
“In singing, the voice is the last thing to look at, I like to think more about the emotional side and to personalise the quality of the voice according to our way of being,” said Michele, who began playing music at the age of three.
A charity concert will be held on Friday 16th October at the Théâtre de Variété under the theme ‘Nothing is impossible when you really believe in it’.
Tickets are €20 for adults and €5 for children.
For information and reservations: info@amlamonaco.com