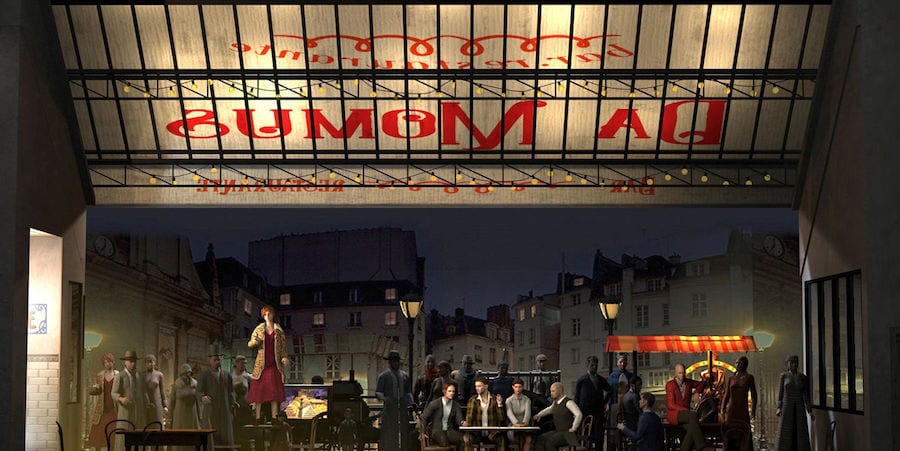 The beloved opera La Bohème, performed by the Monte Carlo Opera, will be available for viewing on the OperaVision website until February 2021.
The Monte Carlo Opera’s La Bohème played to four sold-out audiences in January 2020 in a time before social distancing and Covid were in the vernacular. Now, audiences everywhere can enjoy the spectacle created by Giacomo Puccini on the OperaVision website until 26th February 2021.
With Opera 3.0, viewers can watch opera broadcasts on demand and free of charge with subtitles in English, French or an auto-translation option into over 100 other languages, including Jean-Louis Grinda’s version of the classic La Bohème.
Set in Paris in the inter-war period during a particularly cold winter, a poet lives with three flatmates living a bohemian lifestyle. He falls in love with his fragile neighbour, but illness comes between them and the ailing neighbour and he part ways. She finds a new lover, but as she nears death, she finds her way back to the poet and dies peacefully with him near.
The Monte-Carlo Opera’s rendition featured the Russian soprano Irina Lungu, who played the touching role of Mimì, Mariam Battistelli (Musetta) and Davide Luciano (Marcello), all three first-timers in Monaco. They were joined by a captivating cast with Andeka Gorrotxategi (Rodolfo), Boris Pinkhassovitch (Schaunard), Nicolas Courjal (Colline), Fabrice Alibert (Benoît) and Guy Bonfiglio (Alcindoro).
Rudy Sabounghi was set designer, Diane Belugou was costume mistress and Laurent Castaingt was lighting director. In the orchestra pit, the Monte-Carlo Philharmonic Orchestra played, and were conducted by Maestro Daniele Callegari.