“We are a very strong team”

“We are a very strong team” 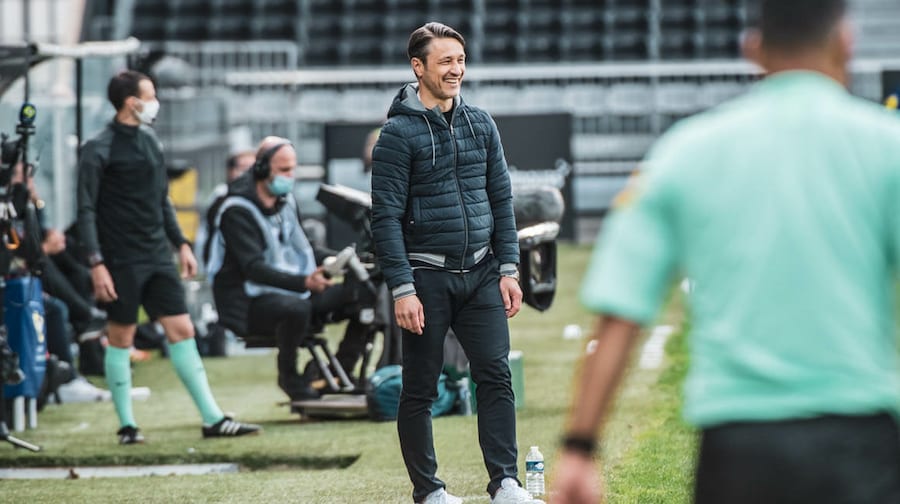 AS Monaco have taken on Angers on the opponent’s home turf and once again brought home the victory, sitting pretty in third place in Ligue 1 standings and continuing their exceptional run.
Everyone loves an underdog, and at the start of the 2020-21 season, that is exactly what AS Monaco was. Having had the previous season cut short due to the Covid crisis, the Red and Whites were able to push the reset button and came out swinging this year.
Winning the last five games, the team has steadily made the climb up the rankings and are now a mere two points off the top spot.
The match against a determined Angers team started out tame enough. Monaco took advantage of the chances that came their way early on, with an Aleksandr Golovin attempt eight minutes into play, followed by another from Stevan Jovetić a few minutes later. Then, there was no other clear chance until just before the half time break when Golovin again had a chance but was up against a very aggressive Angevin defence.
After the break, Coach Niko Kovac shook things up, changing the line-up, but even this wasn’t breaking the Angers defence. In the end, it was a ball recovered by Youssouf Fofana who expertly shifted it to Wissam Ben Yedder, giving him the shot that not only opened scoring, but won the match.
The Red and Whites held onto their slim lead until the end, giving them five-in-a-row and their sixth consecutive clean sheet.
“The most important thing is that everyone contributes something, this is important to the results of the team,” said Coach Kovac about the team’s success. “I keep repeating myself but Ligue 1 is a very tough league, very difficult for everyone, there are very good teams and Angers is one of them. That kind of game, if you win it, is the kind of win you can take with you to help achieve your goals, and we went looking for that success again today.”
AS Monaco go up against fourth place Lyon on Sunday 2nd May at home.