“We cannot solve the climate crisis without saving the ocean”

“We cannot solve the climate crisis without saving the ocean” 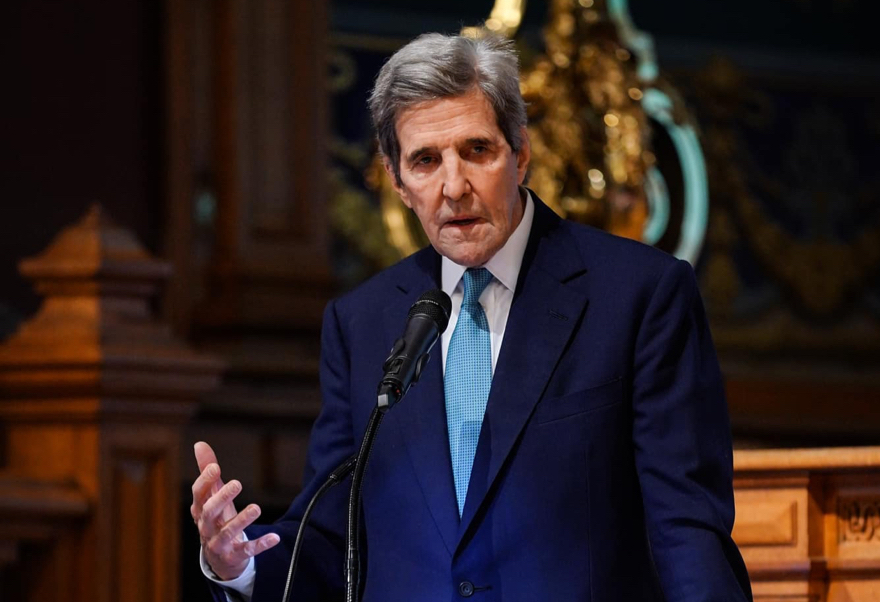 Prince Albert II and U.S. Special Presidential Envoy for Climate John Kerry were amongst those who spoke at the Monaco Blue Initiative (MBI), a nexus event where global figures set about saving our oceans.

Monday’s event at the Oceanographic Institute in Monaco was the 13th of its kind, and arguably the most important, as the passing of time aggravates the crisis and makes the need for solutions more urgent.

Prince Albert II kicked off proceedings with a speech that highlighted the importance of the ongoing work of the MBI. “Whatever way we see our future, the ocean plays a key role. For the ocean probably more than any other component of our planet, we therefore need to come up with new ways of organising our activities, reconciling our ambitions, and protecting our common heritage together.”

At a time when the eyes of the world are diverted towards the war in Ukraine, Joe Biden’s Special Envoy John Kerry was insistent that nation states mustn’t lose sight of the goal to limit global warming at +1.5℃.

An existential threat requires a revolutionary response, leading Kerry to state, “The status quo is our enemy.”

Panellists and experts from a multitude of backgrounds, be it governmental, financial or environmental, then set about re-imagining an ocean-centric model of sustainability, but not before the doom and gloom assessments, which only highlighted the importance of reconceptualising our relationship with the environment, and specifically with our waters.

Currently, only between 7-10% of our oceans remain unperturbed by human activity. This stark statistic gives rise to the “30 by 30” commitment, where the aim is to have 30% of the world’s ocean protected by 2030. There is also a fear that plastic in the ocean could outweigh the fish in it by 2050 if no preventative action is taken.

The third session of the day was therefore pivotal in gathering the private sector, NGOs and governmental figures from around the world towards a common cause. There were calls to consolidate the goals enshrined in treaties, whilst a demand to end seabed mining and sea trawling was met with rapturous applause from those in attendance.

Discourse is one thing and action is another. There is an acceptance that although finance isn’t the entire solution, it can at least be part of it. Panellists discussed ways to funnel funding away from traditional, environmentally-harmful channels, although some believed that this would require nothing short of a fundamental reimagining of the economy.

In fact, the voices that resonated most strongly were those that highlighted the need for more deep-seeded systemic change. This was most succinctly summarised by Karen Sack, Executive Director of Ocean Risk and Resilience Action Alliance U.S.A, who, in reference to whales, stated, “We’ve always valued killing, we need to start valuing living.”

According to many on the panel, this is the kind of shift in mentality that must be adopted in order to effectuate the fundamental change that will be key to saving our oceans and therefore our planet.