We can’t ‘mortgage the future of our children’, says Prince Albert 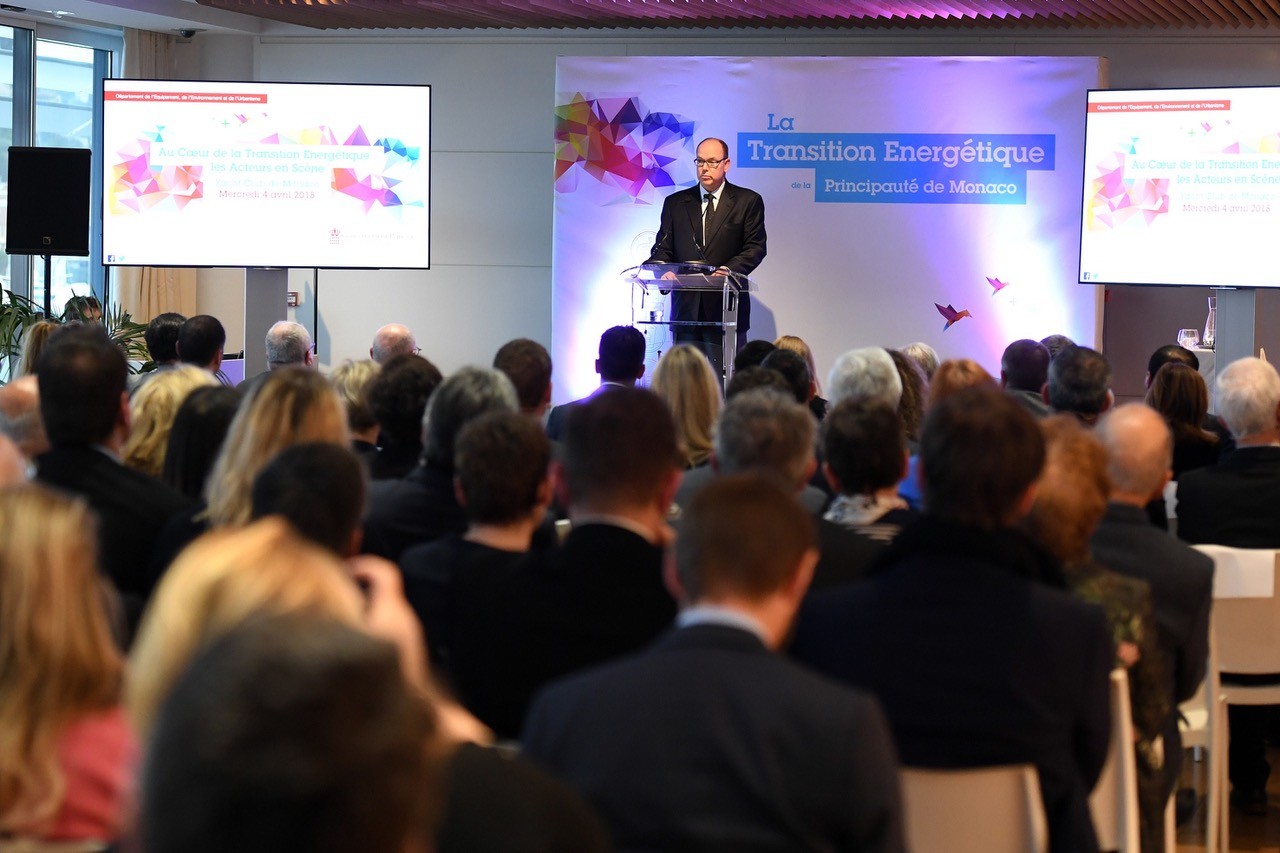 Prince Albert was present for the “At the Heart of the Energy Transition: Actors on Stage” on Wednesday night, April 4, at the Yacht Club.

Marie-Pierre Gramaglia, Minister of the the Environment, Public Works and Urban Development took stock of the achievements of the Mission for Energy Transition, one year after the publication of the White Paper. She also wanted to emphasise that the Sovereign Prince, first signatory of the Charter of commitment to the National Pact for Energy Transition, “gave a tremendous boost to the Pact that counts today more than 350 adherents”.

Seven civil leaders then took the floor to discuss their own initiatives for energy transition in everyday life, each in his and her own field.

To conclude the evening, the Sovereign Prince, who had called for the setting up of the National Pact for Energy Transition, emphasised the collective responsibility faced with the necessary reduction of greenhouse gases, to “not mortgage the future of our children”.

The Sovereign concluded his speech by repeating the words of Ban Ki-moon: “There can be no ‘plan B’ because there is no ‘planet B.’”