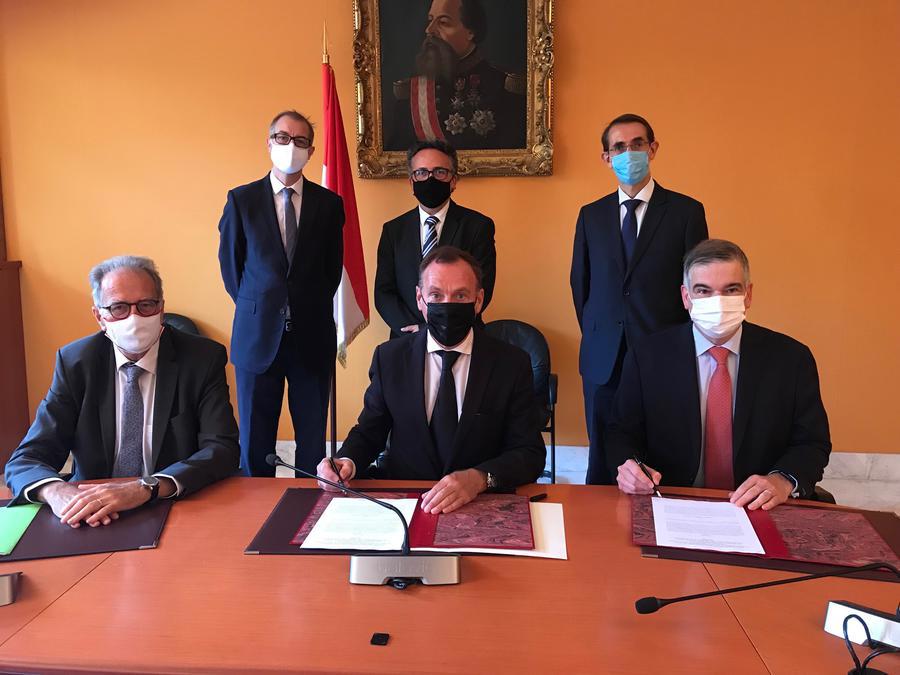 Monaco and Luxembourg have signed a cooperation agreement that will strengthen efforts in the fight against money laundering and terrorism financing.
On Friday 23rd July, Michel Hunnault, Director of the Information and Control Service on Financial Circuits (SICCFIN), and his Luxembourg counterpart Claude Marx, Director of the Commission de Surveillance du Secteur Financier (CSSF), ratified the agreement.
“The European Union has just decided to create a centre dedicated to the fight against money laundering and the financing of terrorism,” explained Mr Hunnault. “Because there are flaws, inadequacies and we realise that the harmonisation of legislation is not everything, cooperation between us is essential.”
Whilst cooperation is one part of the mix. Luxembourg’s Mr Marx added that other factors came into play when deciding to band together.
“We have a lot of interest in working together. Our financial centres are very similar. Our two countries have a strong international outlook. We also have a reputation to uphold,” he said.
Also at the meeting were Robert Gelli, Secretary of State for Justice and Director of Judicial Services, Louis Danty, Head of the SICCFIN Supervision Pole, Éric Bergesi, Head of the Investigation pole, and Jean-Marc Gualandi, Head of the Legal, Administrative and International Affairs Department.
For Mr Gelli’s part, who looks at such situations from a legal standpoint, he said, “I am delighted to see that we can further strengthen our ties with an important financial centre such as Luxembourg. Beyond the exchange of ad hoc information on cases, the important thing is to set up regular contacts to take stock of legislative problems, procedures, operating methods.”
Monaco has been proactive in its stance against money-launderers and terrorists and even enacted a law in December 2020 to give the Principality’s legislative body more power to fight against them.
The law, called Law No. 1.503, was created to seamlessly meld the provisions of the European Union laws with Monaco’s and has very specific criteria. It has allowed for more accessibility to look at trusts, has created a register of payment accounts, bank accounts and safe-deposit boxes, kept by SICCFIN on the basis of declarations made by financial institutions and has given details of the enhanced vigilance measures to be implemented with regard to business relationships or operations involving high-risk third countries.