“We needed a big victory”

“We needed a big victory” 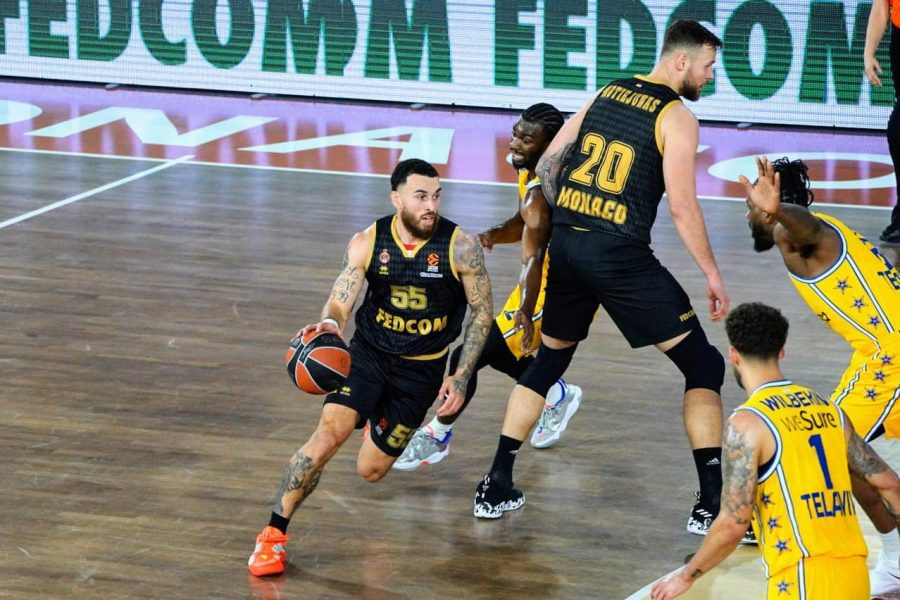 The Roca team backed up their emphatic win at Fos-sur-Mer with a 82-76 victory over Maccabi Tel Aviv at the Salle Gaston Médecin on Wednesday.
Sasa Obradoivc’s men finished the calendar year in style, registering only their second victory in nine attempts in the Euroleague.
The result hinged on a phenomenal defensive performance, and the creative efforts of point guard Mike James, whose 13 assists on the night were enough for Monaco to edge past the Israeli side.
The improvement is evident for both Obradovic and James. The former stated, “The defence is definitely better. You can see that the guys are really fighting.”
James shared his coach’s positive appraisal, saying, “We’re making steps to improve every day.” This can be a sign of cautious optimism for the second-half of the season.
The recent return of James and captain Leo Westermann, both of whom were injured towards the end of Zvezdan Mitrovic’s reign has bolstered Obradovic’s roster, and the improvement is clear to see.
James was the scorer of 12 points on the night, contributing with a couple of crucial three-pointers, whilst Westermann also registered 10 points. The French player was particularly integral in the tightly contested first-quarter in which Monaco came out marginally second best.
The Roca team quickly overturned the deficit early in the second-quarter and proceeded to control the game. Donatas Motiejūnas’ 16-point haul saw him finish as Monaco’s top scorer, but Tel Aviv’s Scottie Wilbekin, who was imperious in the reverse fixture, was the overall top scorer with 31 points.
Going into the final minutes with only a slender lead, Monaco’s game management was exemplary. At times they have succumbed under such pressure, but on this occasion Obradovic’s men rose to the challenge.
Despite having very little training time in what is a tightly packed schedule, Obradovic is clearly already making his mark on this side. His imprint will become deeper, with a gap in the schedule affording the Serbian coach time to instill his ideas in his squad.
The Roca team’s first game of 2022 will come away at Lyon on Friday 7th January. 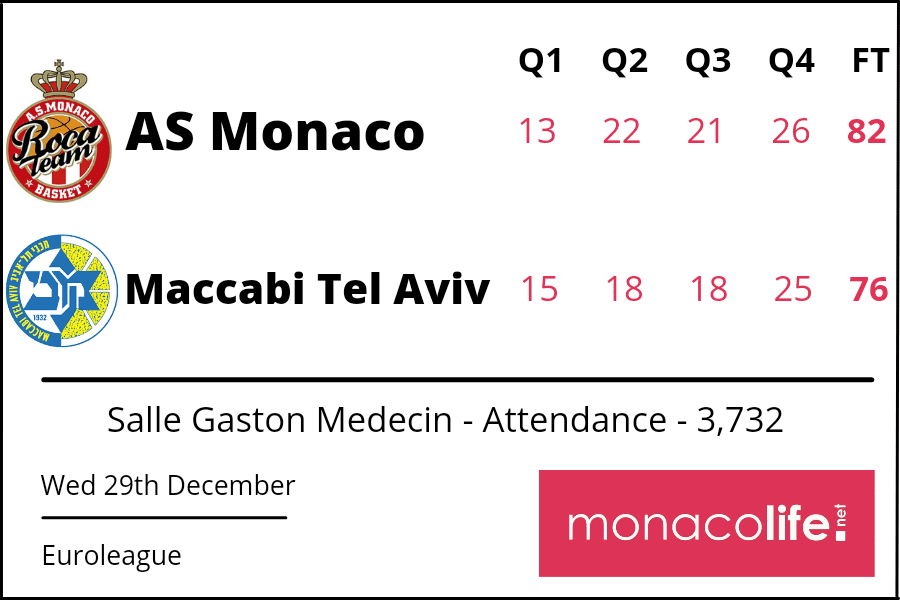