"We will continue to live with this virus”

"We will continue to live with this virus” 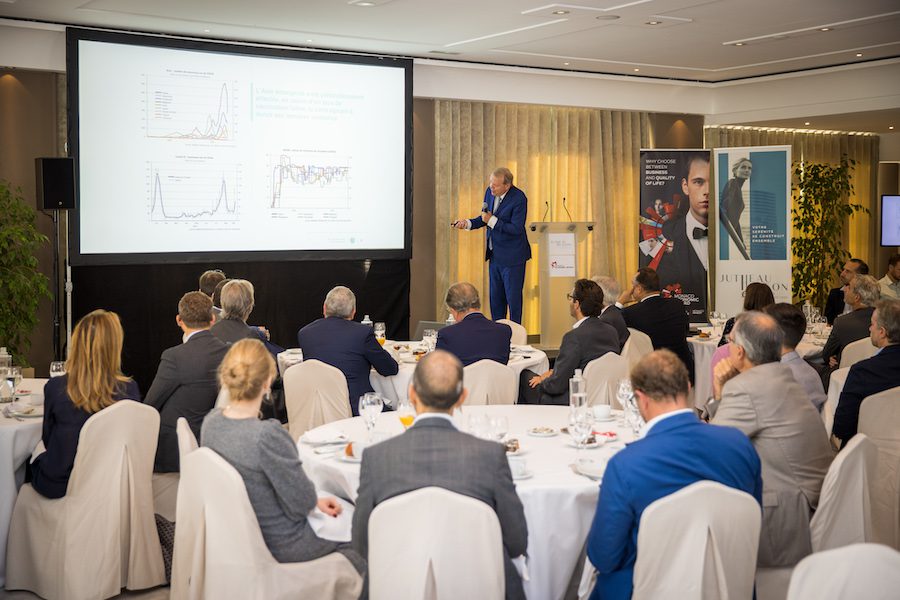 French Scientist Jean-Pierre Petit has told a meeting of MEB members that the world economy has held up surprisingly well despite the health crisis, giving hope and sound advice to Monegasque investors.

The Monaco Economic Board (MEB) and Jutheau Husson, a top Monaco insurance brokerage firm, organised an eye-opening talk given by Jean-Pierre Petit, President of the Cahiers Verts de l’Economie (LCV Research), on 19th September on the state of the world economy.

Focusing on the impact of Covid, and more recently the Delta variant, he spoke to a crowd of about one hundred business leaders and MEB members about what the pandemic means to the overall global economy and its recovery.

When asked if the new variant will hinder recovery, Petit, a former IMF consultant who was voted best market consultant in the world six times, was clear, saying, “We will continue to live with this virus, we will not eradicate it. Certainly, the cases can increase strongly with the Delta variant, but vaccination considerably limits the risk to the hospital system. Almost 30% of the world’s population is already doubly vaccinated, or nearly 50% of global GDP.”

Petit went on to say that the world is heading toward +4% growth in 2022 and has held up surprisingly well despite the health crisis. He noted a +6% annualised growth in the third quarter of 2021 with expectations that the fourth quarter will be equally successful, estimating +5.5% growth.

This optimistic picture stems mainly from the rebounds made in East Asia citing that the Delta variant would have “played more negatively on supply constraints than on demand via the decline in mobility.”

With the lingering effects of Covid on production chains, such as those for raw materials, semiconductors and the like, high inflation, and the Taliban victory, which has become synonymous with diminished credibility of the United States in competition with Beijing on a global level, the global situation is far from perfect.

Despite the negatives, Petit has been positive, though, betting on the continued rise in equity markets, giving hope and sound advice to Monegasque investors.