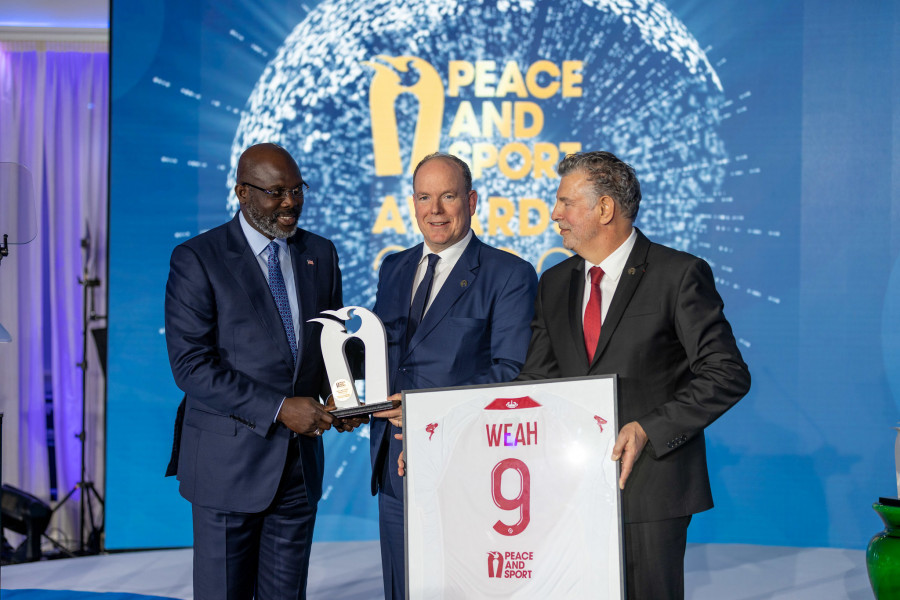 The 13th edition of the Peace and Sport International Forum began with hours of intense debate on a wide range of current and topical sporting issues. Maher Nasser, Director of the United Nations’ Communications Department, hosted a conversation with L’Équipe General Manager Laurent Prud’Homme and AS Monaco CEO Jean-Emmanuel De Witt about how football can help towards sustainable development goals.

De Witt evoked the power of football to “federate communities”. The comments come amidst a backdrop of heightened discussion about the morality of the sport and the interest of those at the top of the game, with Qatar’s hosting of the World Cup contested on various ethical and environmental levels. Former Chelsea and Ivory Coast great Didier Drogba, who is now vice-president of Peace and Sport, contributed to the forum via video link from Doha. Mutaz Barshim, a Qatari Olympic Champion also participated in the discussions from Doha and spoke about the potential legacy of the ongoing tournament.

Discussions from the role of sport in conflict prevention to its role in promoting gender equality continued into the evening ahead of the awarding of numerous accolades at the Fairmont Monte-Carlo.

Weah was awarded the Peace and Sport Special Prize by Prince Albert II for his commitment to democracy and reconciliation in his native Liberia. Jabeur, a female Tunisian tennis player was awarded the Peace Champion of the Year Prize, following in the footsteps of sportspeople such as Rudy Gobert, Lionel Messi and Blaise Matuidi.

The Special Jury Prize went to the International Cycling Union, who enable female Afghan cyclists to practise their sport outside of their country. Elsewhere, the April6 Initiative of the Year went to Alfredo Harp Helu Foundation for Sport, the CSR Initiative of the Year went to Les Eaux Minérales d’Oulmès and the NGO of the Year was awarded to 4-H Zimbabwe Foundation, who work towards uniting opposing communities through the organisation of sports tournaments. Finally, the Institution of the Year was awarded to Birmingham City Council for their role in strengthening ties between communities through this year’s Commonwealth Games.

Speaking at the event, the president and founder of Peace and Sport Joël Bouzou said, “I am delighted that so many high-level personalities have come together after two years of the pandemic to reaffirm that sports offers solutions to the resurgence of conflict, division and hate speech.” The former Olympic pentathlete added, “I would like to thank the actors of the peace through sport movement for their valuable contributions and these rich moments of sharing and learning.”

Photo by Peace and Sport