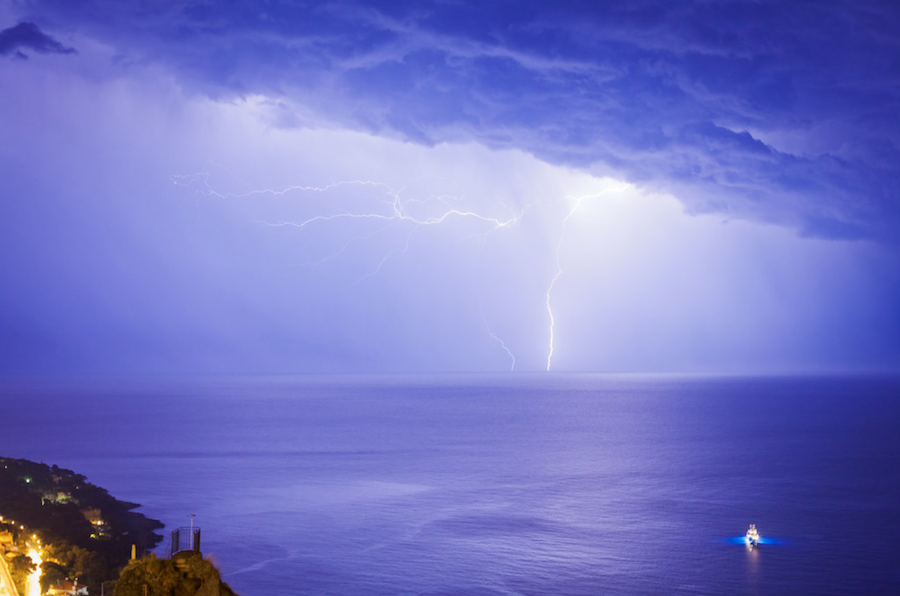 After two months of heatwaves, a large storm front is sweeping across France and will reach the south of the country and Monaco on Wednesday.

Five departments in the south of France – Aveyron, Tarn, Aude, Hérault and Gard – are on orange alert for violent storms on Tuesday, which are forecast to hit in the afternoon.

According to Méteo France, flash flooding is possible, especially in the Languedoc area where up to 40mm of rain is predicted to fall in less than an hour, accompanied by 80-100km/h winds.

The storms are due to move into the Alpes-Maritimes and Monaco regions early Wednesday, with thunder, lightning and heavy rains expected.

The deluge will bring temperatures down a few degrees.

The storm is expected to ease Wednesday night before picking up again Thursday midday, finishing with rain periods in the evening.

By Friday, the storms should have passed, and sunny weather and warm temperatures are due to return to the South of France and Monaco, with the mercury returning to 28-29°C on the weekend.