shares
SHARE
Facebook
Twitter
Previous articleThurs. May 4 – Concert by the National Orchestra of Korea to mark the 10th anniversary of Diplomatic Relations between the Republic of Korea and Monaco
Next articleTues. May 2 – Lecture “A century of art in Africa, a collection in the present, a continent of the future” by André Magnin
Staff Writer

New Gallery to open on the Rock 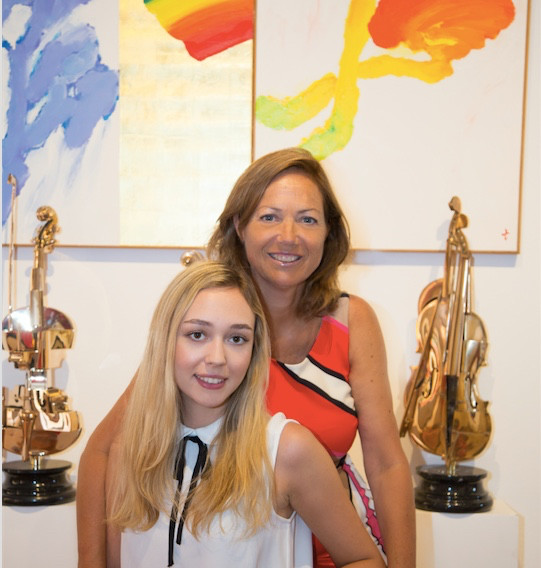 Caroline and Anette Birch (2017)[/caption] The daughter of one of Europe’s most prolific art dealers has chosen to exhibit his legacy in a brand new gallery to open later this month in Monaco. Anette Birch, whose Danish father Borge Birch was honoured by the French government for his significant contribution to modern art in France, will open Galerie Birch Monaco on Tuesday, June 27, with a viewing of its inaugural exhibition “An Artistic Adventure”. The gallery in rue Basse, Monaco-Ville, will be run by Ms Birch and her daughter, Caroline, 20, the third generation of art dealers who also runs her own gallery Birch Copenhagen Contemporary Art Gallery in Denmark. At the forefront of their opening show will be paintings by world famous artists Asger Jorn, co-founder of the CoBrA art movement in Paris in 1948. Birch was one of the first art dealers to discover the Danish artist and remained friends with him until Asger Jorn's death in 1973. Other artists from this avant-garde movement will also be represented, including Egill Jacobsen, Pierre Alechinsky and Carl-Henning Pedersen, also known as “Scandanvia’s Chagall”. There will also be important pieces from artists who were friends with Jorn, and subsequently Birch, such as Walasse Ting, Jan Voss and Pinot Gallizio. Ms Birch’s decision to open Galerie Birch Monaco comes 70 years after her father founded Galerie Birch in Copenhagen. As well as being Denmark’s oldest contemporary art gallery, it is also considered an expert on the most significant Danish and French artists of the Post-War era. “My father Børge Birch was extremely enthusiastic about the Formula One races, and brought the entire family to Monaco many times during my childhood,” Ms Birch told Monaco Life. “I fell in love with the place immediately and I’m very grateful to be allowed to open a gallery in the prestigious Monaco-Ville. With more than 30 years of experience in the art business, it is still a pleasure to be able to bring beautiful paintings to a new audience. I am excited and honoured to continue my father’s contribution to the art world.” A viewing of An Artistic Adventure will be held from on Tuesday, June 27, from 4 pm to 7 pm. The gallery will then be open Tuesday to Friday, from 11 am to 1 pm and 2:30 pm to 6 pm, and Saturday, from 11 am to 3 pm. Otherwise by appointment only (+33 6 40 62 57 32). The Birch ladies will also be holding “Tuesday on the Rock” viewings every Tuesday, from 4 pm until 7 pm, where visitors can appreciate the art while also enjoying one of Ms Birch’s favourite cocktails.