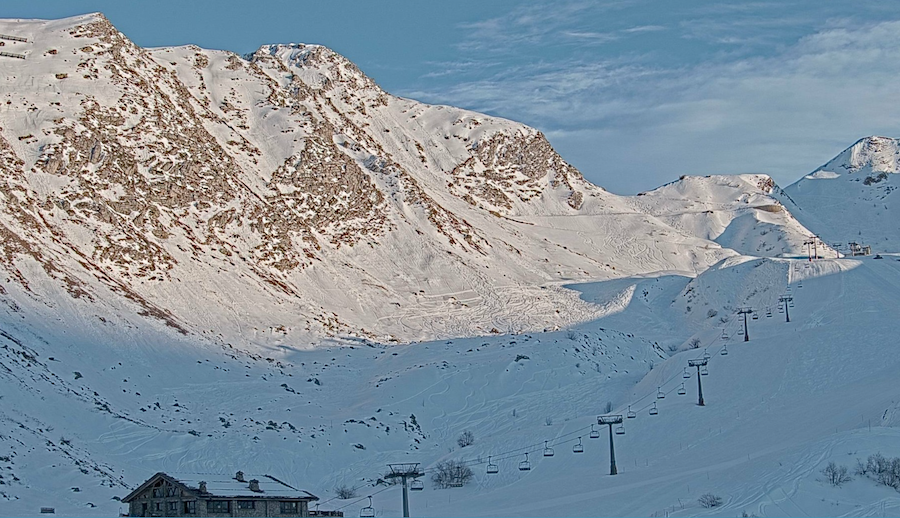 The wait for the first snowfall of 2022 finally came to an end for many resorts in the region this week. The fresh snow, coupled with some great events, gives ample reason to take to the slopes this weekend.

Isola 2000 – There are currently 29 ski slopes and 17 ski lifts open at Isola. The resort finally experienced its first snowfall of the year earlier this week, and visitors can expect there to be between 95 and 80 cm of snow. The forecast is for sunny spells, with more clouds expected on Saturday. There will be highs of 12°C and lows of -2°C. The col de la Bonette and la Lombarde roads are closed until the end of the winter season. On Saturday, Isola will be celebrating its 50th birthday with a whole range of events including a firework display and a film to commemorate the date.

Auron – There are currently 30 ski slopes and 16 ski lifts open at the resort, with between 80-90 cm of standing snow following the region-wide snowfall earlier in the week. It will be largely cloudy over the weekend, though visitors can expect clear skies on Friday. It will also be considerably milder than last week with highs of 10°C and lows of -1°C. In terms of access, Route de la Tinée, Route de la Bonette, Piste de la Moustière, Piste de Demandols all remain closed. The resort will be hosting an open-air gallery starting on Friday night and lasting the entire weekend.

Les Deux Alpes – There is a large choice of runs at the resort with 48 ski slopes and 28 ski lifts currently open. There is 65cm of soft standing snow. It will be a largely cloudy weekend at the resort with sunny intervals, as well as the chance for some fog on Saturday. There will be lows of -5°C and highs of 11°C.

La Colmiane – There are 16 ski slopes and seven ski lifts open at the resort, with between 75 and 50 cm of standing snow thanks to fresh snow falling on Monday. It is expected to be slightly windy on Friday with winds of 21 km/h, and, as is the case throughout the region, skiers can expect sunny intervals. It will be milder compared to last week, with highs of 11°C and lows of -1°C. On Friday, there will be a torch-lot ski descent at the resort followed by a firework Sunday. The resort also hosts a market on Saturdays, and will continue to do so until the end of March.

Greolieres les Neiges – There are three ski lifts open, as well as 30km of open runs. There is 40 cm of powdery standing snow at the resort, with 30 cm at lower levels thanks to snowfall on Monday and Tuesday. Relative to neighbouring resorts, Greolieres will be sunnier and much milder with highs of 13°C and lows of 6°C. The resort isn’t reporting any road closures.

Limone Piemonte – The Italian resort is reporting 16 open runs and 11 ski-lifts, while snow levels vary from 35 cm to 70 cm. The resort experienced heavy snowfall last week, but no more is expected over the weekend. Instead, it will be largely cloudy with sunny intervals with lows of 1°C, highs of 13°C. Passage through the Roya valley currently isn’t possible due to the collapsed bridge at Tende. Drivers must instead pass through Ventimiglia and the journey from Monaco is currently approximately three hours.

Valberg – There are 29 ski slopes and 14 ski lifts open. The resort currently has between 80 and 60 cm of standing snow, following the snowfall on Valentine’s Day. Conditions will be good throughout the weekend with sunny intervals expected each day, with winds of up to 40km/h on Saturday. It is expected to be very mild with highs of 13°C and lows of 2°C.