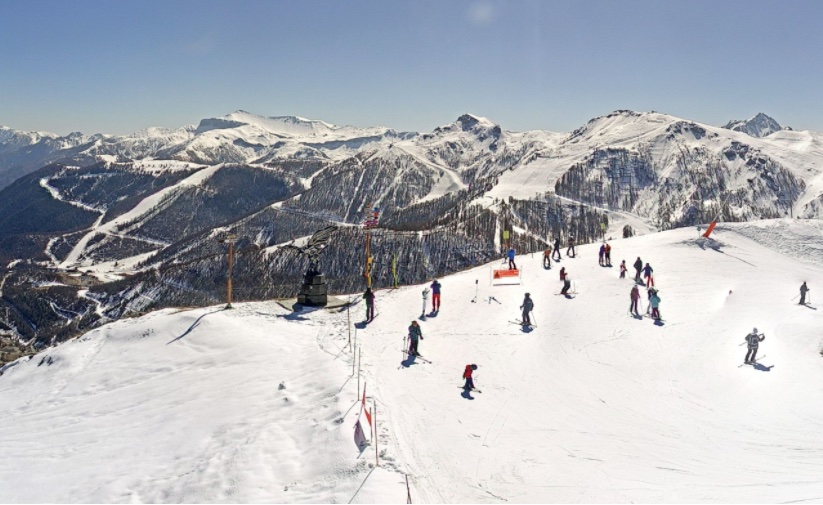 Snow is receding and temperatures are on the rise throughout the region, although those hoping to catch some end-of-season snow still have plenty of enticing options with good conditions in many resorts.

Isola 2000 – There are currently 23 ski slopes and 14 ski lifts open at Isola. Visitors can expect there to be between 100 and 80 cm of smooth snow. The weekend is expected to be largely overcast. As we accelerate towards April, temperatures are on the rise, and Isola can expect highs of 9°C and lows of -3°C. The col de la Bonette and la Lombarde roads are closed until the end of the winter season.

Auron – There are currently 20 ski slopes and 14 ski lifts open at the resort, with between 85-75 cm of standing snow. It will be milder than last weekend with highs of 10°C and lows of 0°C. Conditions will be pleasant although breezy over the weekend with sunny spells on Friday, Saturday and Sunday, with winds reaching up to 34km/h on Sunday. In terms of access, Route de la Tinée, Route de la Bonette, Piste de la Moustière, Piste de Demandols all remain closed. The French Alpine Ski Championships will be taking place at the resort throughout the weekend with a variety of mens and womens events.

Les Deux Alpes – There is a huge choice of runs at the resort with 69 ski slopes and 40 ski lifts currently open. There is 65cm of hard standing snow. The resort isn’t expecting any snow over the weekend, whilst temperatures are expected to be up on last weekend with lows of -1°C and highs of 11°C. Meteorological conditions will be similar to many other resorts in the region with sunny spells accompanying the mild turn.

La Colmiane – There are 10 ski slopes and five ski lifts open at the resort, with between 65 and 40 cm of standing snow. It will be a cloudy weekend at the resort with moderate winds reaching up to 41km/h on Friday. As we reach the end of the skiing season, temperatures are up on previous weekends with highs of 10°C and lows of 0°C. The resort hosts a market on Saturdays, and will continue to do so until the end of March.

Greolieres les Neiges – The winter season has come to an end at the resort as the ski lifts closed on Monday. Greolieres is now preparing activities for Easter and the Summer season.

Limone Piemonte – There are currently 13 runs open and 9 ski lifts. Snow levels vary from 50 to 10 cm. Temperatures at the resort are considerably up on last weekend with lows of 4°C and highs of 12°C. Passage through the Roya valley currently isn’t possible due to the collapsed bridge at Tende. Drivers must instead pass through Ventimiglia and the journey from Monaco is currently approximately three hours. Alternatively, it is possible to drive to Tende and take a 20/30 minute train to Limone Centre. The train runs 12 times a day between 07:00 and 18:45, with the journey from Monaco taking approximately 1 hour 45 minutes.

Valberg – There are 19 ski slopes and 11 ski lifts open. The resort currently has between 80 and 60 cm of standing snow, following the snowfall on Valentine’s Day. Skiers at the resort will experience some of the sunniest conditions throughout the entire region as full sun is expected on Friday and Saturday, whilst sunny spells are forecast on Sunday. It is expected to be slightly milder than last weekend with highs of 10°C and lows of -1°C.