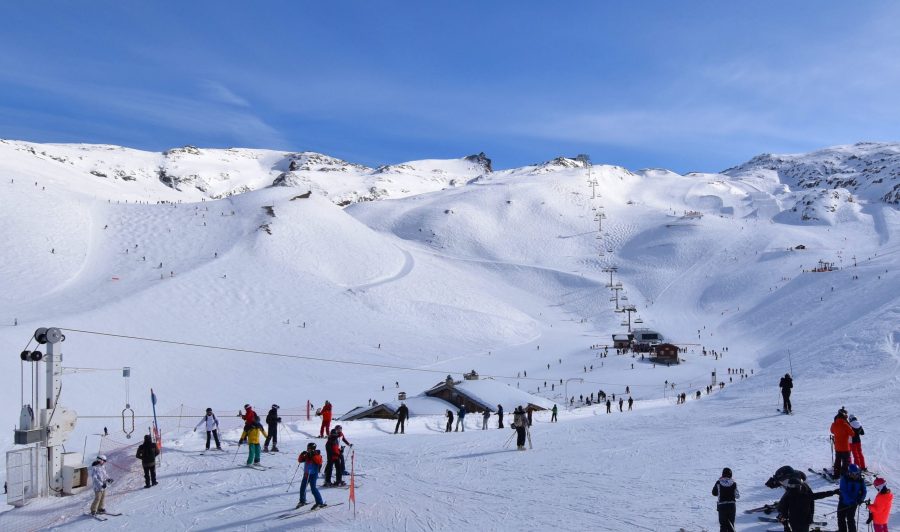 The final weekend of February will provide great skiing conditions. A lack of fresh snowfall at many resorts will be amply compensated by beautiful, clear skies throughout the region, and a handful of great events.

Isola 2000 – There are currently 25 ski slopes and 17 ski lifts open at Isola. The resort hasn’t experienced any snowfall since Valentine’s Day, but visitors can still expect there to be between 95 and 80 cm of snow. The forecast is for sunny, albeit chilly conditions, with highs of 7°C and lows of -7°C. The col de la Bonette and la Lombarde roads are closed until the end of the winter season.

Auron – There are currently 23 ski slopes and 14 ski lifts open at the resort, with between 85-75 cm of standing snow following the region-wide snowfall last week. It will be largely sunny over the weekend, though visitors can expect cloudier skies on Friday. It will also be considerably milder than last week with highs of 7°C and lows of -5°C. In terms of access, Route de la Tinée, Route de la Bonette, Piste de la Moustière, Piste de Demandols all remain closed. The resort will be hosting a snowshoeing festival on Saturday, with a variety of different routes on offer depending on ability.

Les Deux Alpes – There is a large choice of runs at the resort with 80 ski slopes and 43 ski lifts currently open. Fresh snowfall on Monday means that there is 65cm of fresh standing snow. It will be largely cloudy on Friday, but this will give way to beautiful sunny conditions for the remainder of the weekend.There will be lows of -9°C and highs of 4°C.

La Colmiane – There are 14 ski slopes and six ski lifts open at the resort, with between 75 and 45 cm of standing snow thanks to the region-wide snowfall on 14th February. Although it is expected to be largely sunny over the weekend, there are strong winds expected, especially on Saturday where winds between 60-75 km/h are expected. It will be chillier compared to last week, with highs of 6°C and lows of -5°C. On Friday, there will be a torch-lot ski descent for children at the resort followed by fireworks on Sunday. The resort also hosts a market on Saturdays, and will continue to do so until the end of March.

Greolieres les Neiges – There are four ski lifts open, as well as 30km of open runs. There is 40 cm of powdery standing snow at the resort, with 30 cm at lower levels. There is also the possibility of a light-dusting of snow on Saturday. Greolieres will experience clear skies throughout the weekend, and although it will be cooler than last weekend, highs of 11°C and lows of -5°C means it will be one of the milder resorts this weekend. The resort isn’t reporting any road closures.

Limone Piemonte – The Italian resort is reporting 1 open run and 2 ski-lifts. This is due to current strong winds, which could also be disruptive on Saturday, with more strong winds expected. Snow levels vary from 10 cm to 45 cm. It will be largely sunny, although a bit more cloud is expected on Friday with lows of -3°C, highs of 9°C. Passage through the Roya valley currently isn’t possible due to the collapsed bridge at Tende. Drivers must instead pass through Ventimiglia and the journey from Monaco is currently approximately three hours.

Valberg – There are 25 ski slopes and 13 ski lifts open. The resort currently has between 80 and 60 cm of standing snow, following the snowfall on Valentine’s Day. Conditions will be good throughout the weekend with wall-to-wall sunshine expected, with winds of up to 45 km/h on Friday. It is expected to be cooler than last weekend with highs of 8°C and lows of -3°C.