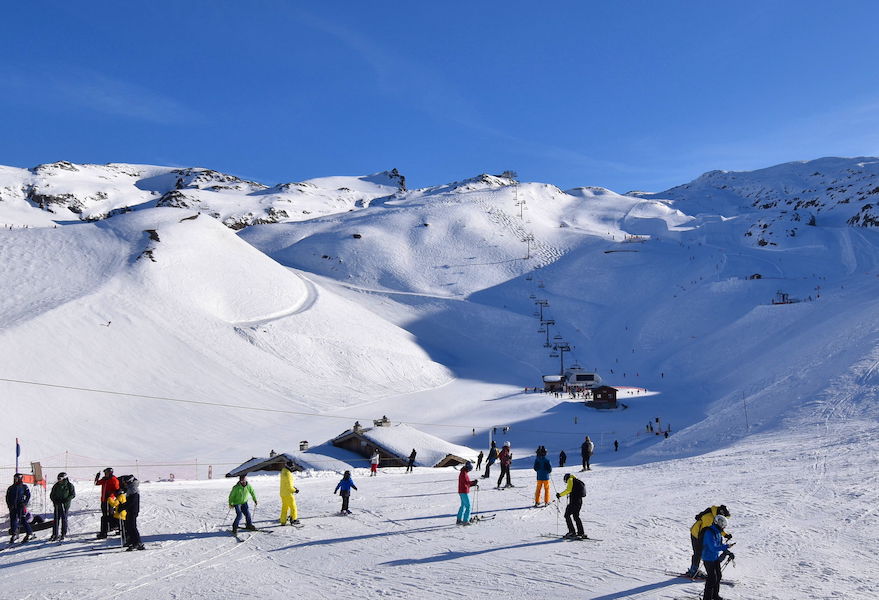 Isola 2000 – There are currently 20 ski slopes and 13 ski lifts open at Isola with around 70cm of hard snow. There’s no fresh snowfall expected over the weekend and, given the fact no snow has fallen at the resort since Christmas Day, the snow canons are working overtime. The forecast is for sunny skies, with a little more cloud expected on Saturday. There will be highs of 11°C and lows of -3°C. The col de la Bonette and la Lombarde roads are closed until the end of the winter season.

Auron – There are currently 22 ski slopes and 14 ski lifts open at the resort, with around 30cm of standing snow. It is expected to be largely sunny over the weekend with highs of 10°C and lows of 2°C. There will also be winds of up to 27 km/h on Friday. In terms of access, Route de la Tinée, Route de la Bonette, Piste de la Moustière, Piste de Demandols all remain closed. The resort will be hosting a range of family-oriented events over the weekend, ranging from treasure hunts to snowshoe hikes with stunning panoramic views.

Les Deux Alpes – There is a large choice of runs at the resort with 80 ski slopes and 38 ski lifts currently open. There is 50cm of soft standing snow. It is expected to be largely sunny throughout the weekend, with slightly cooler temperatures compared to last weekend with lows of -2°C and highs of 6°C. The snow festival ‘Snowattack’ will be taking place in the resort until Saturday featuring a whole host of different DJ sets.

La Colmiane – There are 11 ski slopes and five ski lifts open at the resort, together with between 40 and 30cm of standing snow. As it is throughout the region, conditions are expected to be sunny over the weekend with winds of up to 33 km/h on Friday. There will be highs of 9°C and lows of 0°C. The resort hosts a market on Saturdays, and will continue to do so until the end of March.

Greolieres les Neiges – There are five ski lifts open and 40cm of hard standing snow at the resort. It will be sunny throughout the weekend with highs of 12°C and lows of -2°C. The resort isn’t reporting any road closures..

Limone Piemonte – The Italian resort is reporting 16 open runs and 11 ski-lifts, while snow levels vary from 10cm to 45cm. Visibility should be good throughout the weekend, with sunny skies and lows of -1°C, highs of 11°C. Passage through the Roya valley currently isn’t possible due to the collapsed bridge at Tende. Drivers must instead pass through Ventimiglia and the journey from Monaco is currently approximately three hours. On Saturday, there will be a guided snowshoe hike to the Colle di Tenda forts.

Valberg – There are 18 ski slopes and 11 ski lifts open. The resort currently has 40cm of standing snow, but – like the rest of the resorts – there has been no snowfall since Christmas. Conditions are beautiful, however, with plenty of sunshine and highs of 10°C and lows of 4°C. The resort is hosting a range of events on Sunday including the Dragon Cup u8, u10 and u12 races, whilst there will also be an Escape game.

Local News Staff Writer - July 4, 2018
There are only a few places left for the Principality's famous networking evening on Thursday, July 5: Business Time