Welcome to the new home of the Monaco Police

Welcome to the new home of the Monaco Police 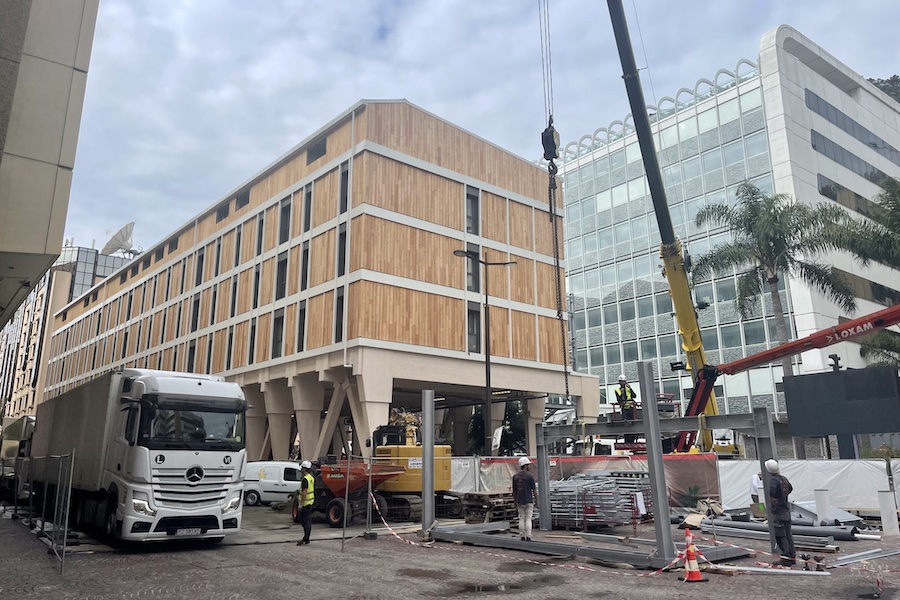 Built in record time, Monaco’s Public Security officers have moved into new temporary offices across from Stade Louis II whilst the site on Rue Suffren-Reymond gets a modern make-over.

The temporary lodgings for Monaco’s Public Security officers took just five months to build; an almost unheard-of feat of speed and architectural know-how. The site, made up of 126 wooden modules placed together like puzzle pieces to form a whole, is 19-metres high and has a total surface area of 2,500m2. It can be dismantled and reused again for other uses elsewhere, making it not only practical, but also recyclable.

The structures, made from sustainable wood, were assembled in a factory in Lyon and transported to the Principality by truck overnight to be pieced together on a platform between Stade Louis II and SBM Offshore. The building includes office spaces, a reception area, and of course, holding cells.

Being made of wood, the modules are more vulnerable to fire than a brick-and-mortar structure, so the site is equipped with five thermal cameras that trigger sprinklers if required.

The cost came to €7 million, and for the officers who had been working in a construction site, it is worth every centime. The permanent home to Public Security is being renovated to meet the needs of a modern police force, but as this process takes time, and crime waits for no one, the government decided to erect a structure to give officers a more peaceful setting to conduct business.

The public is now welcome to visit the new address at 2 Avenue Albert II, from the portico’s western entrance, effective immediately.