What happened at the polar symposium in Monaco?

What happened at the polar symposium in Monaco? 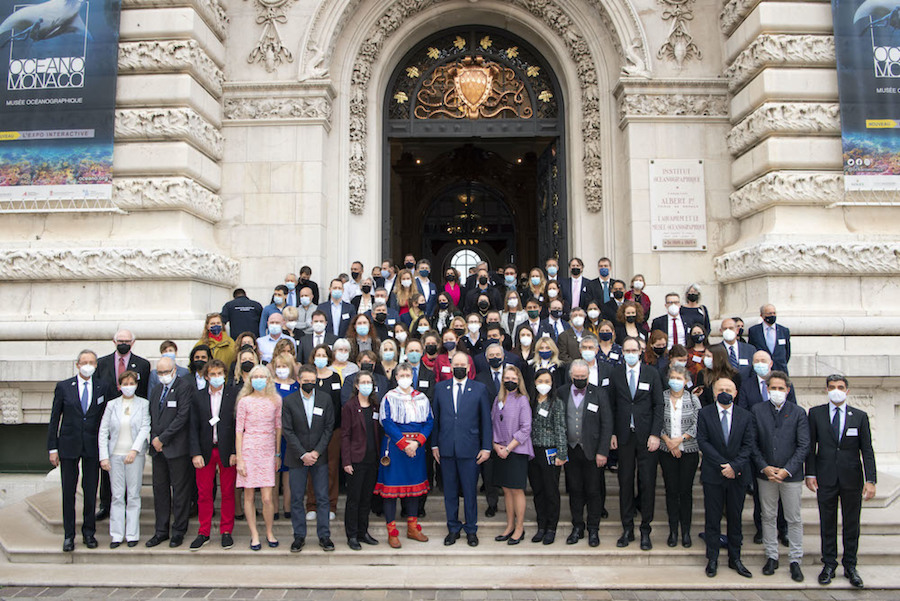 The scientific summit The Cold is Getting Hot: From Arctic to Antarctic held in Monaco recently highlighted the need for change and immediate action in the polar regions to avert climactic and planetary disaster.

The Cold is Getting Hot: From Arctic to Antarctic, a polar-focused scientific symposium held on 24th and 25thFebruary, ended with the strong message that addressing polar issues was vital and moving towards a sustainable future was the way forward.

The symposium was structured around four primary themes: Understanding changes in the poles, the contribution of polar changes to the global climate, the effects of polar changes on human societies and economies, and the management responses in the face of these problems and uncertainties.

The meetings were opened by a keynote speech given by Prince Albert II, who warned against “selfish interests and short-sighted economic calculations”.

The Prince’s speech was followed by remarks from Antje Boetius, Director of the Alfred Wegener Institute, and Jane Francis, Director of the British Antarctic Survey, who, focusing on the Arctic and Antarctic, provided common key messages on the importance of the polar regions.

Speakers touched on the need for more international cooperation, including scientific missions to the polar regions, how marine protected areas will reduce pressures on polar life, that science, industry and society must find common ground, particularly with input from indigenous people, and the fact that polar changes are having a significant impact on the rest of the world.

The introductory session was rounded out with a private visit to the ‘Polar Planet’ exhibit by Filip Kulisev at the gates of St Martin Gardens where 40 images were on display reminding visitors of the incredible beauty of these fragile regions.

Afterward, there was an official signing ceremony of the Polar Initiative memorandum of understanding by the research partners. Then participants took part in two in-depth panel discussions about the alteration of the polar regions and how the global climate is affected by these changes.

Participants were also able to speak via streaming video with the Tara Ocean Foundation scientific schooner, currently returning from an Antarctic voyage, as well as watch a short film on Venturi Antarctica, the polar exploration vehicle made in Monaco, and to see another short by BBC Earth and OceanX about life deep under the sea.

The second day was spent in deliberations “conveying a sense of urgency to address threats to polar regions together with an optimistic feeling that the necessary transformation, although challenging, is feasible.”

It was agreed that data was crucial to make informed decisions, and that disseminating information to the public, was vital.

Gim Huay Neo, the Director of the Centre for Nature and Climate spoke, stressing that “By bringing the two poles together, the whole world comes together.”

She made clear the world needs to work together to solve the current crises, and that safe havens were important for those with ideas to be able to communicate them freely, so that concrete actions can be taken.

Setting the stage for discussing management responses in the face of uncertainty, Jane Francis, Director of the British Antarctic Survey, provided an overview of polar governance, addressing the Arctic Council, including the international moratorium on fishing in the high seas of the Central Arctic Ocean for a minimum of 16 years to allow for scientific research; and the Antarctic Treaty System, including the Convention on the Conservation of Antarctic Marine Living Resources (CCAMLR).

Francis further called for solid, robust scientific data on the impacts of tourism on the environment; highlighted the Ice Memory Foundation; and discussed the discovery of species living beneath Antarctic ice shelves, portraying how little we know about these ecosystems.

In the afternoon session, Frederik Paulsen, Owner and Chairman of Ferring Pharmaceuticals, shared insights from his successful environmental initiatives and travels. He underscored the importance of a proper regulative framework and also highlighted the need to provide the necessary resources for environmental projects, noting an increasing willingness among individuals, foundations, and corporations to get involved.

The Prince Albert II Foundation organised the event in conjunction with the Scientific Committee on Antarctic Research (SCAR) and the International Arctic Science Committee (IASC), with participation by the Oceanographic Institute of Monaco, the Prince Albert I of Monaco Foundation, the International Cryosphere Climate Initiative, and the UN Decade for Ocean Science for Sustainable Development.