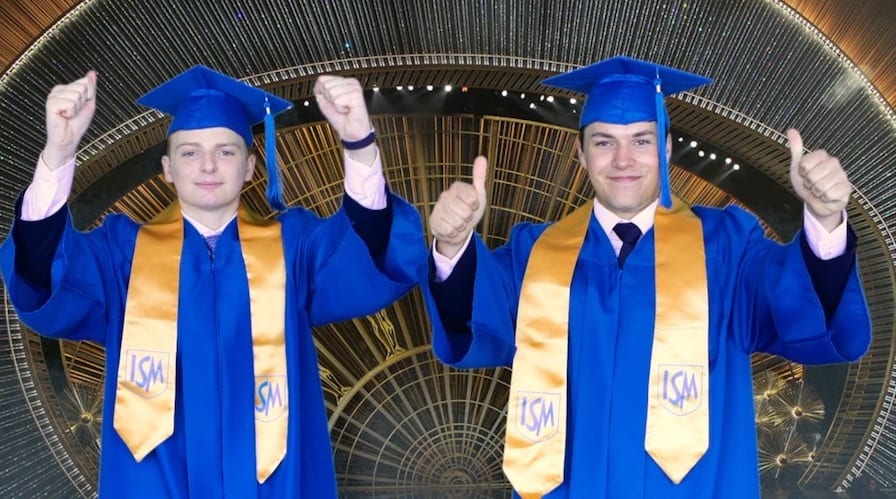 With a 100% pass rate, the International School of Monaco is able to boast an exceptional pass rate in what can only be described as an extraordinary year.
Many of these students have been accepted into the UK’s leading universities, including King’s College London, the University of Exeter, UCL and two into Oxford.
Monaco Life spoke to three students: Jett Nunn, Tommaso Pelanconi and Marina Nalbantis, about how they made it through the most challenging school year in living memory, what they thought when the Bac exams were cancelled, and what their hopes and dreams are for the future.
Monaco Life: What were the biggest challenges you faced during lockdown?
Jett: I went away with my family to the countryside as soon as lockdown started so I was very isolated and didn’t see any of my friends for three months. The school was very quick to organise online interactive schooling, and I think it worked really well. I was working even more than I would have in class, perhaps because I was alone or because I was extra motivated to get good grades, but it seemed to work really well for me. It would be great, in fact, if my university has something like this next year.
Tomasso: I found lockdown easier than a lot of other people simply because, as Jett said, the school adapted very quickly to the situation. I didn’t feel insecure at all about taking the exams in these conditions, because I felt like the classes we were having were almost identical to the ones during a normal school year, they were just behind a screen. There was a little less interaction, but I was alone in my room with no distractions, so I found it quite beneficial.
Marina: We had online classes for a little while and that was a bit difficult having to look at a screen all day, but the school definitely made a big effort to help us and the teachers were available at all hours if we had any questions.