Home News Local News What to do with a drunken soldier? 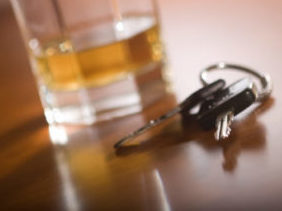 A serving British soldier who stole a car early in the morning while very drunk and then crashed into an upmarket Chinese restaurant, demolishing its terrace and sending debris into a Rolls-Royce dealership, has narrowly escaped a sentence in jail.

The 25-year-old had taken the car at 6:00 am the morning of June 24 when the driver trustingly left keys in the ignition while he delivered baguettes and croissants to Costa at the Estoril building. The miscreant drove a few hundred yards before losing control at speed and hitting Song Qi on blvd Princess Grace. The impact was such that those who heard the crash feared a terrorist attack, Monaco’s Criminal Court was told.

The driver had fled the scene and was apprehended on the roof of Ni Box.

The level of alcohol in his blood was so high that the accused had no recollection of events when questioned by police, the court heard.

Defence lawyer Thomas Brezzo brought out every possible argument to avoid a prison sentence for his client, a result that would most certainly have meant his dismissal from the British military, a fact confirmed by an Army Major present in court last Friday.

Perhaps it was because the defendant had served in Iraq, fighting ISIS, as well as due to the spirited defence, that he narrowly avoided being sent immediately to jail. The court sentenced him to 12 months and 15 days in jail, suspended, plus a fine of €45. In the afternoon he was taken back to the UK to face a military court.

Motorist in serious condition after flipping car in Monaco port

Local News Staff Writer - September 27, 2017
Tuesday 21 November, 8.30 pm, Variety Theatre All the Art of the Cinema – Screening of Lino Brocka’s film Manila in the Claws of Light, organised by the Audiovisual Archives of Monaco Information: +377 97 98 43 26