Home News Local News When the sculptures bloom in Monaco

When the sculptures bloom in Monaco

Until early November, 37 artists – 14 sculptors and 23 photographers – of the Monegasque National Committee of the International Association of Plastic Arts at UNESCO are exhibiting their works to the Jardin Exotique as part of the ninth edition of the “When the sculptures bloom …”

All guests were able to discover the sculptures arranged in the open air in the upper part of the garden, as well as the work of the photographers inside the Louis Vatrican greenhouse.

Like last year, a competition was organised to distinguish the work of an artist-sculptor and that of an artist-photographer. A first jury composed of Françoise Gamerdinger, Deputy Mayor for Culture, André J. Campana and Isabelle Lombardot, Director of the Higher School of Sculpture-Pavillon Bosio, awarded the Mayor’s Prize to Hervé Nys for his sculpture Cartus.

Until November 5, the exhibition is accessible with a ticket to the Jardin Exotique, and allows the public to combine an artistic discovery and a botanical visit of this unique place entirely devoted to succulent plants with a panoramic view of the Principality. 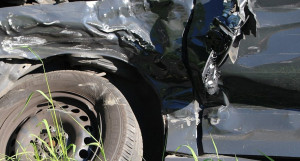 A British man in his forties lost control of his car on route de la Piscine Saturday night around 10:30 pm. Driving a black Twizzy with Monaco's newest members-only club logo, the Monaco resident struck the safety rail as he headed towards La Rascasse, and flipped his car. He was removed from the vehicle by the Monaco Fire Department in serious condition, and was treated on site before being transferred to Pasteur Hospital in Nice. His injuries are not life threatening. Article first published July 2, 2017.