When will daylight savings time end?

When will daylight savings time end? 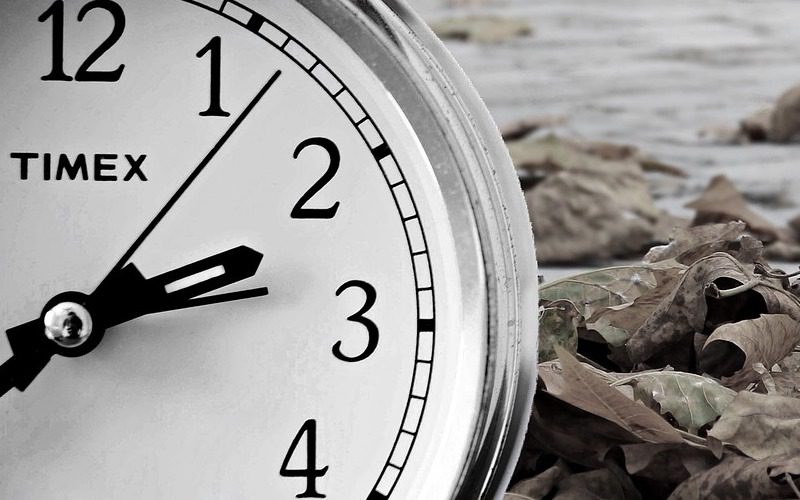 Despite a 2019 EU law to abolish it, we are approaching yet another seasonal time change this Sunday. Will this be the last time, or will the debate go on forever in a quagmire of bureaucracy?
Spring forward, fall back. There isn’t a person alive who doesn’t remember the twice-yearly ritual of turning back or moving forward the clocks to delineate the end of daylight savings and equally, the end of winter hours, or standard time.
In Monaco, as in much of the northern world, the change will happen this Sunday 31st October, falling as it always does on the final Sunday of October.
The idea of daylight savings has been credited to American politician and philosopher Benjamin Franklin as a way to give people extra daylight hours in the warmer months. This idea didn’t catch on in the 18th century but was revived again in the late 19th when, in 1895, a New Zealand entomologist called George Hudson proposed a two-hour time shift to allow him extra bug hunting time.
Needless to say, bug hunting wasn’t enough of a catalyst to make the world shift, but a World War was. In 1916, the Germans were looking for ways to conserve energy, and the idea was revived. Within two years, every country who fought in the Great War had adopted the idea, making it standard practice in both Europe and North America.
This went on for a hundred years, but in recent times, the reasoning for having seasonal changes became a hot-button topic. The energy-saving argument was no longer a real reason and critics say that the changing of the clocks was having a detrimental effect on sleep and health, creating a grassroots movement to stop the practice.
In 2019, the European Union Parliament voted by a huge 410 to 192 margin to scrap seasonal time changes and stick to a single schedule. The initial decision was easy enough, but the aftermath has been a bit of a disaster.
The EU voted to end the changes but specified that each member state be allowed to choose between summer or winter time schedules. This meant each nation had to go back and ask their citizens which they would prefer. In France, for example, the response was to stick to an endless-summer time table. All member states were meant to have made their decision by April 2020.
Then Covid hit. Most EU countries had bigger fish to fry than worrying about time changes and the implementation was put on the back burner. But for the European Members of Parliament (MEP) who wanted this to happen, it set off a bit of a furore.
“You have Covid, Brexit, the EU budget, a lot of things are on the table, but I had higher hopes on the German [Council] presidency given the interest among their citizens,” said Johan Danielsson, a Swedish socialist MEP, to Politico back in October 2020.
The stalling is also due to the usual bureaucratic red tape of any large entity.
The European Parliament gave its approval to the plan but the Council put the issue on ice by demanding the European Commission serve up an impact report before any of the countries agree to move forward.
“The federal government considers a Europe-wide impact assessment to be an important prerequisite,” said a spokesperson for Germany’s Economics Minister Peter Altmaier. “The EU Commission has not yet presented such an impact assessment.”
The Commission has declared it is the member states who need to come to some decisions. “The ball is now in the member states’ court as it is up to them to find a common position in Council,” said a Commission spokesman.
The bottom line seems to be that, for now at least, the EU will continue to spring forward and fall back, so don’t forget to turn those clocks back one hour at 1am on Sunday and take advantage of the extra hour of sleep. It may the last time you ever do so, although at this rate, don’t count on it!