Where are masks now mandatory?

Where are masks now mandatory? 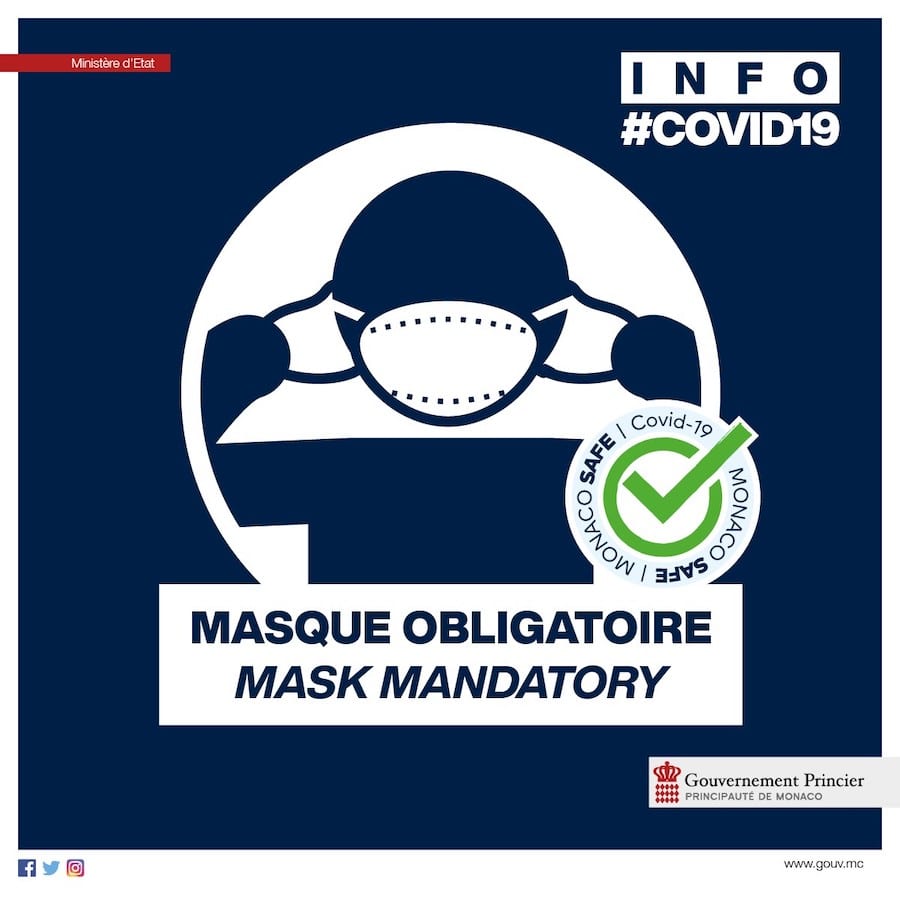 The government has announced that the wearing of a mask is now mandatory in a large number of new outdoor spaces in the Principality.
On Friday 11th September, Monaco extended the list of areas where masks are required to be worn to include public transport, places receiving the public, waiting lines and in some outside areas.
The new list is as follows:

The Monaco government is also recommending mask wearing in other areas where it is not mandatory.