Which superyachts will line Monaco’s harbour this year?

Which superyachts will line Monaco’s harbour this year? 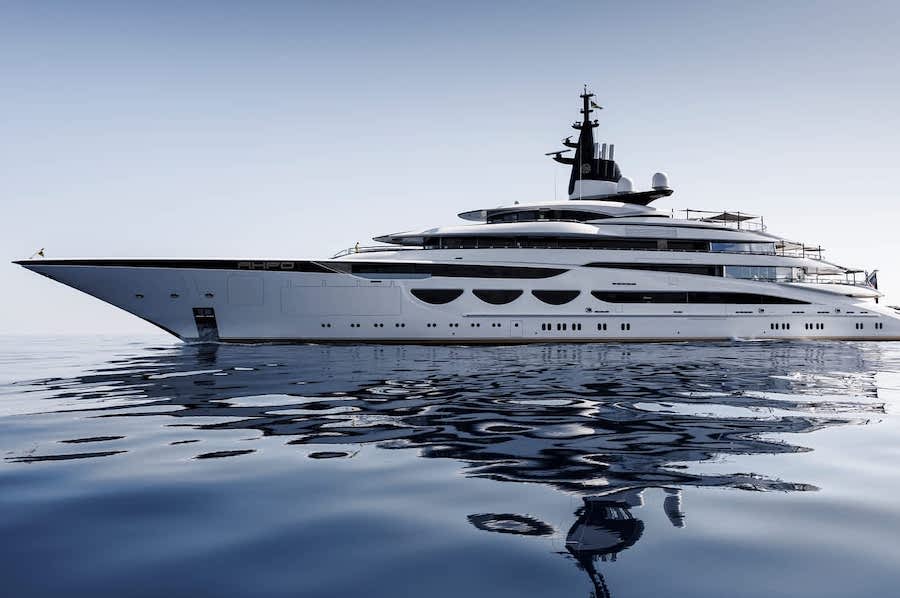 The “Queen” of this year’s Monaco Yacht Show is set to be the enormous 115m Ahpo, a Lürssen megayacht featuring fuel cell technology. Here are some others that have made the list so far.

It’s not a complete list, but a pretty good taster of what’s to come. The Monaco Yacht Show (MYS), taking place from 28th September to 1st October, on Wednesday revealed the confirmed superyachts that will be on site for the event, with brokers expected to add more as the time draws nearer.

Over a hundred superyachts will be at the show, including 32 new builds.

Among them are Soaring, a 68m Abeking & Rasmussen superyacht featuring exceptional design and sporty lines. Built in 2020, it is also fetching an exceptional price of between 80-100€ million. For that, you get luxury accommodation for up to 12 guests in six staterooms, a lavish spa and beach club. It also goes for 500K a week to rent.

At about a tenth of the price is the 50m Arbema, built in 2008 and due to complete her most recent refit in the coming weeks.

Meanwhile, the 2021-built AAA is the perfect incarnation of a classic Mangusta, a pure state-of-the-art superyacht. Priced at between 20-30€ million, the vessel features no less that two jacuzzis and a massage room.

But it is the 115.1m Ahpo which is expected to steal the show. The bespoke superyacht built by Lürssen was designed to enable a healthy and family-focussed life on board, hence the extra large gym on the sky lounge deck and the spacious wellness area on the lower deck. It’s modern technology also allows, for example, electronic anchoring in sensitive and remote areas, protecting the seabed. a

Buyers, charterers and pleasure-seekers can come and take a look at the varied collection of yachts in the dockside area, with all boats starting at 22-metres in length, 10 of which are sailing craft.

Tenders are also being listed on the MYS website, and will be displayed in two places during the show, on Quai Jarian and Quai Antoine 1er in the new Adventure Area exhibition.