WHO Assembly looks at ways to manage future pandemics

WHO Assembly looks at ways to manage future pandemics 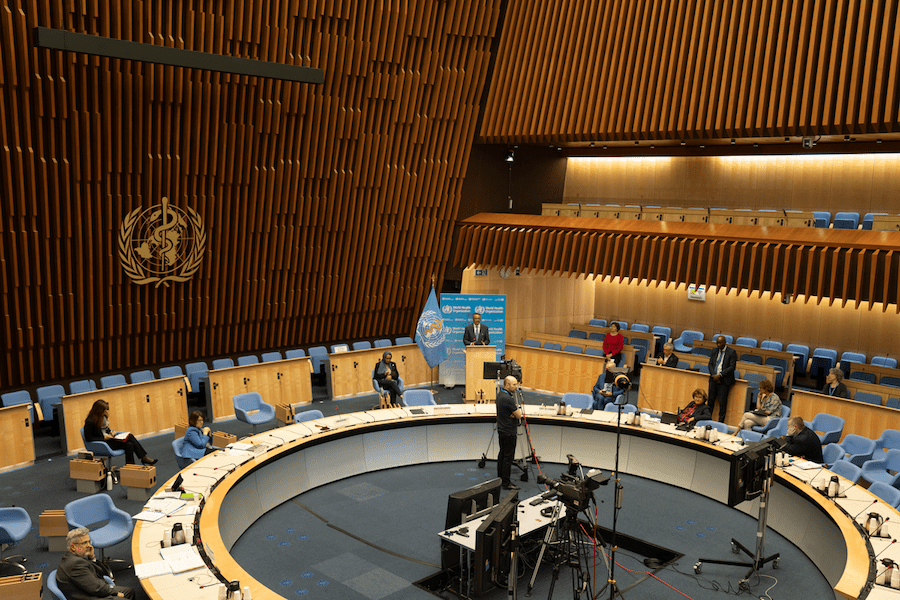 Monaco has contributed to the 74th World Health Assembly and its focus on Covid, agreeing on the prospect of creating an international legal tool for future pandemics.
The World Health Assembly (WHA) organised by the World Health Organisation (WHO) took place from 24th to 31st May, where the pertinent topic of the pandemic took front and centre stage.
The theme of the general debate was ‘Ending this pandemic and preventing the next one: building a healthier, safer and fairer world together’. To that end, the discussions were heavily skewed toward strengthening the WHO by creating new systems and protocols for responding and preventing future global health emergencies such as the Covid pandemic.
The Monegasque delegation, led by Carole Lanteri, Ambassador of Monaco to the UN in Geneva, joined other Member States in adopting a resolution on this subject, which was passed by consensus vote. The resolution establishes, amongst other things, a Working Group of Member States who will be in charge of taking closer looks at the recommendations made by various independent review committees on how best to improve preparedness by the WHO to emergencies. The first special session meeting, to be held in late 2021, will include talks on the possibility of creating an international legal tool relating to pandemics.
The WHA is the decision-making body of the WHO, responsible for determining the organisation’s policies as well as approving its budget.
In addition to being part of the pandemic talks, Monaco co-sponsored several resolutions which are priorities for the country, including one that will aim to put an end to violence against children and another intended to help intensify measures to combat malaria.