Mandatory vaccination for who from 30th October?

Mandatory vaccination for who from 30th October? 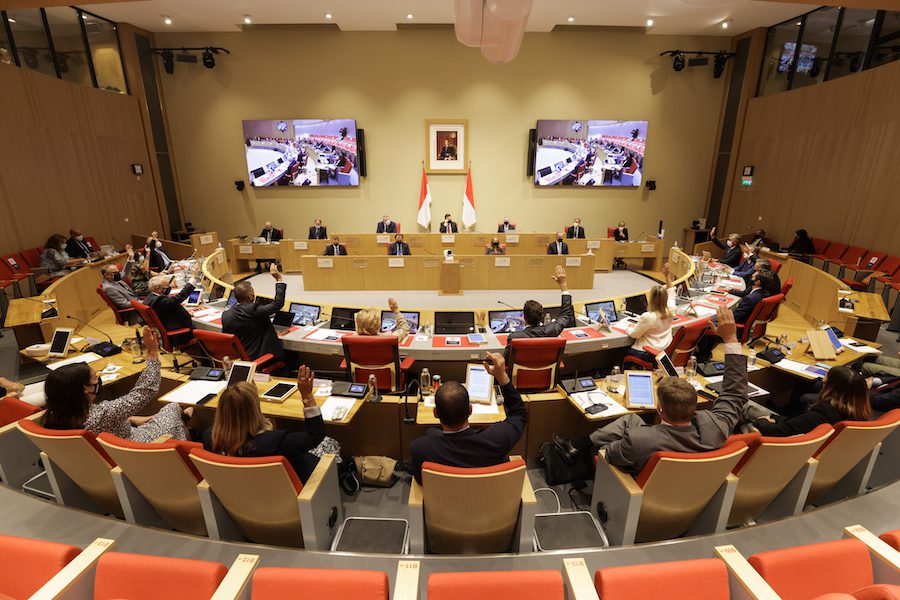 The National Council has passed a divisive law which requires certain categories of workers, from health care staff to speech therapists, to be fully vaccinated in order to continue working in their field.

At an extraordinary meeting on Tuesday night, the National Council agreed with the government of Monaco and approved by a comfortable margin the polemic bill number 1043, with 15 councillors on the “yea” side, four on the “nay”, and two abstentions.

The bill states that people who work in healthcare or who are regularly closely mixing with the public, including those working in care homes for the elderly, home care workers for those aged over 60, the handicapped or dependent, as well as firefighters, pharmacists, dentists, doctors, nurses, and administrative and technical support staff, will by mandate be obliged to be fully vaccinated in order to carry out their jobs as of 30th October or face suspension and termination.

The law goes into effect on 30th October and requires that the worker is fully inoculated no later than 7th December 2021.

“We were guided by human, social and pragmatic considerations,” explained National Council President Stéphane Valeri in his address to the Council, adding that it was necessary for “the preservation of national cohesion and the unity of our community”.

There will be exceptions to the rule. Those who can prove they cannot be vaccinated for medical reasons will not be forced out of their jobs. This is a shift from the original proposal made by the government, but the elected body deemed it “unfair and disproportionate”.

Councillor Jean-Louis Grinda was among the bill’s supporters, saying “I will vote in favour of this bill because it corresponds to an objective of protecting the most vulnerable among us.” He added: “I would like to ask the Government to take responsibility for its political choices by extending the health pass in the Principality. I say ‘health pass’ and not ‘vaccine obligation’.

“Today, this applies simply to restaurants. It is insufficient and dangerous for our economy. Let me explain: our country has rightly capitalised on the ‘Monaco Safe’ label, a guarantee of safety for our visitors. Today, the lack of a health pass for staff working in establishments open to the public, commonly known as ERP, is a damaging lack which undoubtedly satisfies a minority, but risks making us ultimately lose our customers and visitors, more inclined, for example, to organise their conferences in a different environment.”

On the other side was an abstention from Karen Aliprendi, who said, “I could understand that nursing staff is subject to an obligation of vaccination for reasons of health and protection of the population. On the other hand, I do not understand why people who are not in direct contact with patients or the most vulnerable people are also subject to it.

“I am thinking of accountants, secretaries, electricians, maintenance workers, etc., who will also be subject to this obligation, without however being in direct contact with patients or vulnerable people constantly, as are caregivers.”

People who are medically able to be vaccinated but still choose not to will be afforded a 12-week grace period after suspension of work to get the inoculation. The Council voted that during this period, the worker would still be entitled to health insurance, family benefits, social benefits, allowances and pensions.

For employers, the situation was clarified – the suspended person could be terminated, transferred, or asked to retire at any time between four to 12 weeks after the initial suspension date, unless the worker opposes this. After this period, it is still possible to terminate the employment relationship, according to the provisions of law, without the State paying the termination indemnity.

The government, not employers, will pay half of the suspended person’s salary for the first four weeks.