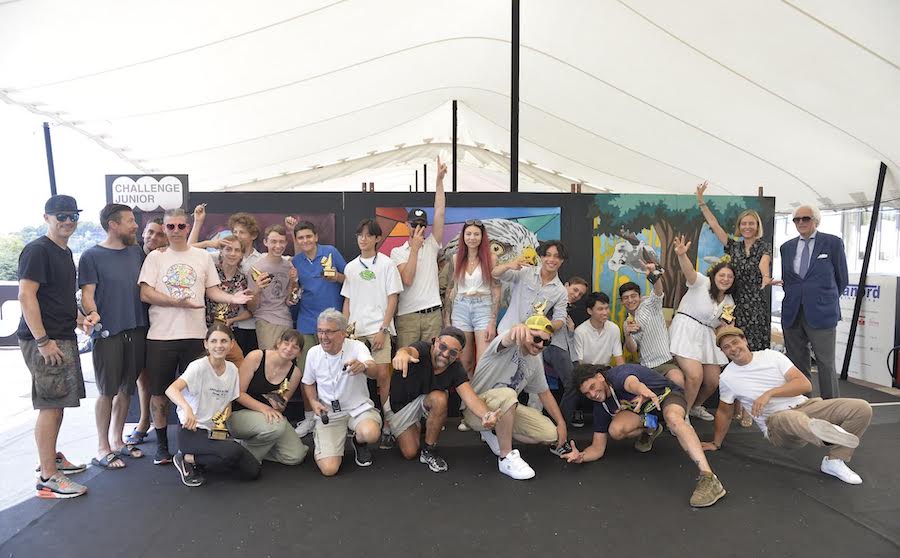 The second edition of the Junior Street Art Challenge has concluded, and the winners announced. Here’s who came away with the top spots.

The Junior Street Art Challenge, an urban art competition project proposed by young people as part of the Communal Junior Project 2018-2019, was back after a two-year hiatus due to the pandemic and showcased some serious budding talent.

Three teams entered the competition and worked from Friday 17th June to Monday 20th June to create pieces based on this year’s theme, the Connection Between Animals and Humans in the Environment.

The jury, made up of renowned Street Artists from UPAINT, Riccardo De Caria, UPAINT sponsor from Vianord Engineering, as well as collectors José Giannotti and Paolo di Nola, were hard pressed to choose the best of these excellent offerings, but in the end a winner was selected.

Alberto Coleman, organiser of the event, and Chloe Boscagli Leclercq announced that first place be awarded to the team composed of Roufail Boughos, Miriam Boughos, Apollo Andriessen and Mathis Kheng, all four from the Lycée Albert Ier, with Yann Vassallo from Lycée François of Assisi Nicolas Barré.

The participants were given a trophy as well as vouchers for FNAC.

Like their professionally created counterparts, these works of art will be auctioned to benefit the projects of the Prince Albert II Foundation.