Woman of the Year award winners announced at Fairmont

The winners of the Monte-Carlo Woman of the Year awards were announced at a Gala ceremony in the Salle de la Mer at the Fairmont Monte-Carlo on Monday night, May 14. The theme for the 2018 event was Women in Sport.

Now in its seventh edition, having been created by the journalist Cinzia Sgambati-Colman in 2012, the event is sponsored by Walgreens Alliance Boots, the first global pharmacy-led, health and wellbeing enterprise in the world.

The overall winner of the Monte-Carlo Woman of the Year Award was Géraldine Rey (France). Géraldine Rey 44, married with two children, grew up between cars and engines, since her father, Jean Jacques Rey, was a rally driver. She always felt excluded from her clearly masculine surroundings and women at that time did not participate in things like the Dakar Rally.

In 2001, Géraldine created the Roses des Sables Trophy (Roses of Sands Trophy) in Morocco with her father, the first rally-that is 100 percent female, technically and economically accessible to all women. It has evolved into a tradition that brings into play the competitive spirit and strategic thinking of women united with values such as solidarity, teamwork and friendship in an area that used to be exclusively for men. In addition to the competitive aspect, the rally helps women and children along the course.

The Monaco Award was won by Yelena Isinbaeva (Russia). The pole vault champion and Monaco resident was the first female athlete to clear five metres in her event. In 2013, she set up a foundation that aims to help orphaned children, children left without parental care or those in a difficult life situation to practice sport, as well as to promote mass sport and to support talented athletes.

Isabelle Henchoz (Switzerland) won the Special Award. Having taught, among many others, the future Princess Diana at a finishing school near Gstaad, Isabelle found herself confined to a wheelchair after an illness in 2008. She has gone on to serve on the committee of Capdenho, a charity whose objective is to contribute to the leisure and adapted sports of people with physical and/or mental handicaps, suffering from an illness or any other difficulty hindering them in their daily autonomy. She is active in promoting the use of specially adapted tandem skis for the disabled.

Local News Staff Writer - May 2, 2019
The Riviera Electric Challenge will once again cross three countries and celebrate the use of electric vehicles in the professional sphere. 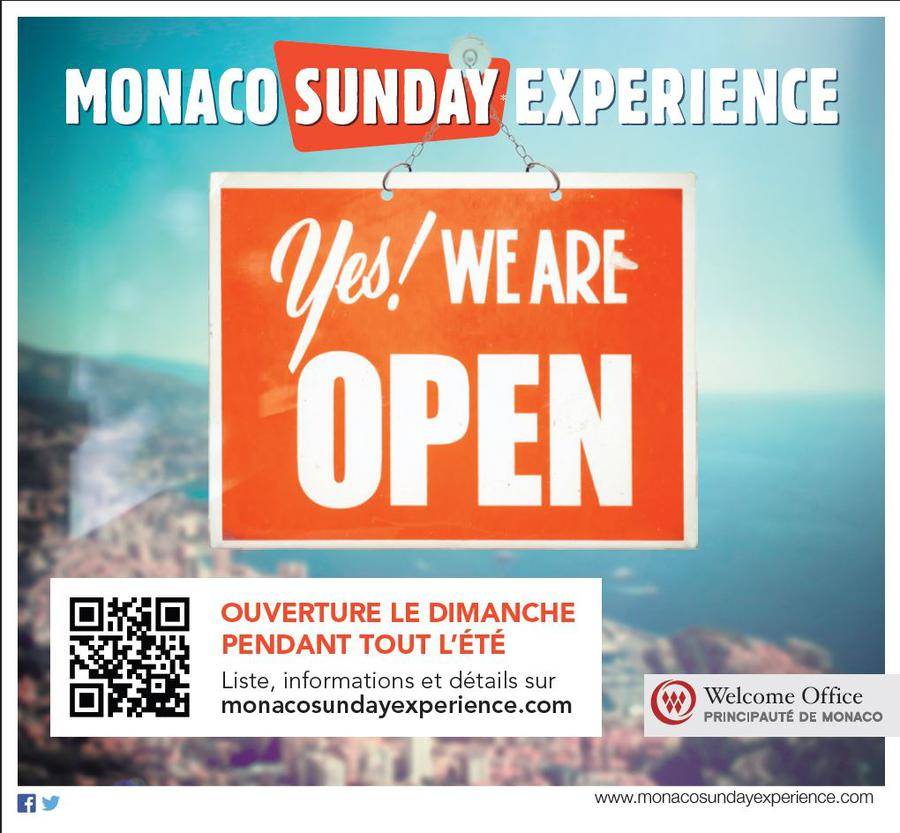 The opening of shops on Sunday, introduced by the government in 2006, will take place again this summer from Sunday, July 9, to Sunday September 10. All merchants in the Principality are invited to participate to help improve services for visitors and tourists. Shops and restaurants are being offered financial help in paying wages for Sunday work, as long as they open for at least five Sundays during this period, up to a maximum of seven. Merchants need to apply for special permission to open on Sundays, as the Principality’s labour laws specify Sunday as a work-free day. Applications should be sent to the Labour Inspectorate (La Frégate, 2, rue Princesse Antoinette). With the support of the Tourism Office, a dedicated website is online and lists, in detail, all participating businesses, as well as restaurants and museums open on Sundays. To be included on this site, participants in the programme should approach the Welcome Office with their dates and opening hours.