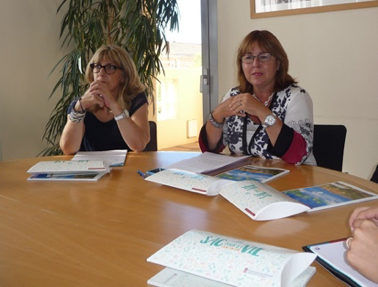 The Monegasque Institute of Statistics and Economic Studies (IMSEE) has published a breakdown of employees in Public Service in Monaco showing a number of interesting trends.

On December 31, 2016, 4,528 people were employed in the Public Service, representing 8.6 percent of the salaried population of the Principality.

Fifty-seven percent of the total were men, 65 percent were French, and one out of two lives in Monaco. Half of the workforce is over 45 years old.

A total of 610 men and 777 women occupy Category A posts, and these positions are 46 percent occupied by Monegasques, up from 43 percent in 2013.

While just over half of the total reside in the Principality – 50.2 percent – this decreases each year for the benefit of neighbouring municipalities. The full focus can be found online.

MEB reports back from Tel Aviv

Photo: Flickr Eva Rinaldi[/caption] Former Monaco resident Ringo Starr will be back in town on July 6, 2018, with his All Starr Band, composed of Colin Hay, Graham Gouldman, Steve Lukather, Gregg Rollie, Gregg Bissonette and Warren Ham. His European Ringo tour will also visit capital cities Rome, Vienna, Berlin, Madrid and 17 other venues to promote his latest album, Give More Love, which saw the light of day in September. Fittingly, the concert will be at the Salle des Étoiles. Concert publicists are saying that the All Starr Band has a few surprises in store for the Principality. In the mid-Seventies, the nine-time Grammy winner and two-time Rock and Roll Hall of Fame inductee moved to Le Roccabella in Monaco, and divided his time between LA, where he now lives full-time.