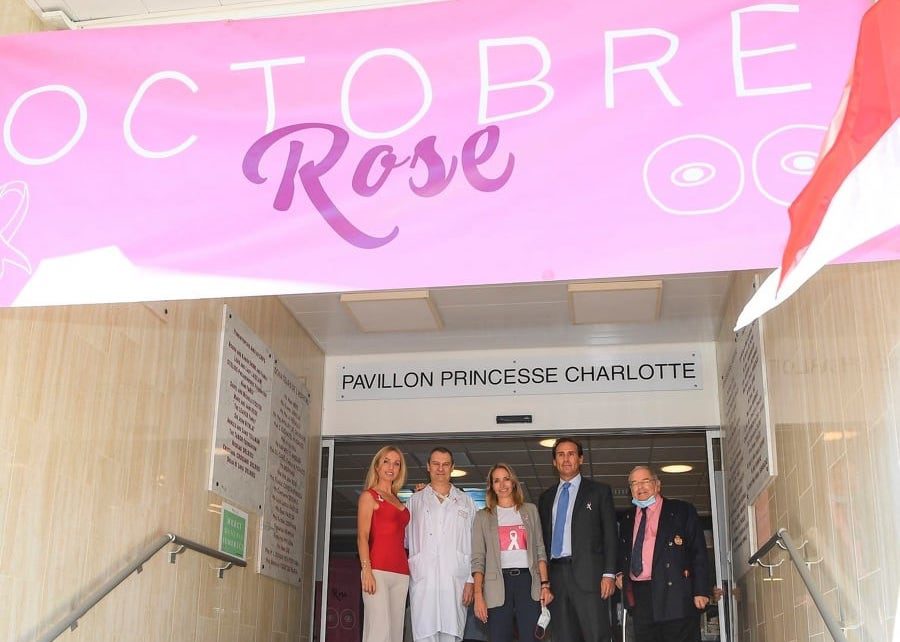 To mark Breast Cancer Awareness Month, or Pink October, the Princess Grace Hospital has launched a campaign encouraging women to get screened for this potentially deadly disease, which claims 12,000 lives in France each year.
Breast cancer, the world’s most prevalent cancer according to the World Health Organisation, took the lives of 685,000 people worldwide last year, and a staggering one in eight women are at risk of being affected by this disease in their lifetime.
Whilst the statistics are frightening, the fact remains that with early detection, breast cancer is cured in 90% of cases.
In light of this, the Princess Grace Hospital Centre (CHPG) has mobilised for an awareness campaign, encouraging women to come in for a breast cancer screening in October, which coincides with Breast Cancer Awareness month.
“The Covid-19 pandemic has had a real negative impact on screening mammograms, the number of which has fallen since 2019, including -30% in 2020, leading to diagnostic delays. Once again this year, the message remains the same, more than ever: counter breast cancer and get tested!” the CHPG says in its communication.
The CHPG received a generous donation to coincide with the start of Breast Cancer Awareness Month on Friday 1st October. Local businessman Nicolas Delrieu and his wife Cristiana Crociani Delrieu donated €100,000 to the Fondation des Amis du CHPG, money that will be used to purchase new equipment for the Senology Ultrasound Department, which specialises in breast problems, as well as covering the costs of patients’ procedures.
The CHPG is one of a number of institutions in Monaco to get behind the annual Breast Cancer Awareness Month. On Friday, some of the Principality’s most famous buildings – including the Palace and the Oceanographic Museum – were illuminated bright pink for the cause.