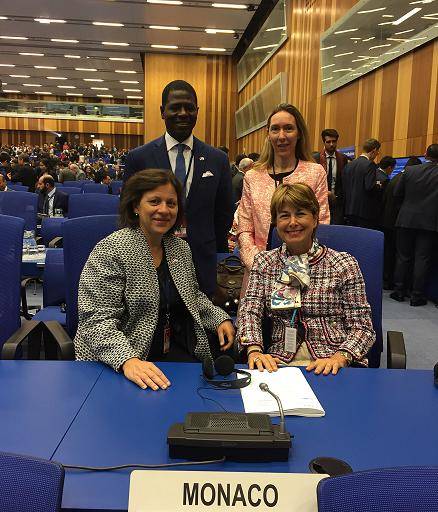 Monaco has reaffirmed its support for the fight against women-specific cancers at the International Atomic Energy Agency (IAEA) in Vienna.

As Director General of the Department of External Relations and Cooperation, Isabelle Rosabrunetto attended the 63rd IAEA General Conference from 16th to 20th September in the Austrian capital. There, she relayed Monaco’s intentions to cooperate with the international community for the peaceful use of nuclear science and technology, especially those pertaining to the environment and health.

Since 1961, the Principality has been the home base to the IAEA’s environmental laboratories and have been consistent financial contributors to the agency’s Program of Action for Cancer Therapy, which helps to improve oncological care in developing countries.

To this end, a new initiative by the agency to combat women-specific cancers is now underway and it was announced that continued support would be made available for this effort. The initiative was debuted at the IAEA Scientific Forum under the theme of ‘Ten years fighting against cancer and the way forward’.