Monaco will finish pavilion, despite postponement

Monaco will finish pavilion, despite postponement 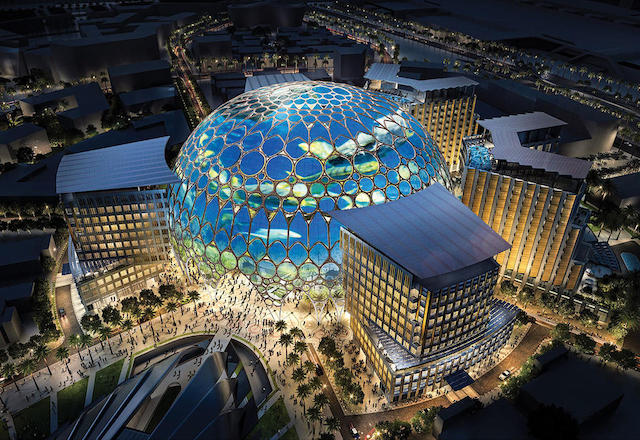 It’s official. Expo 2020 Dubai, in which Monaco has a pavilion, will be postponed for a year because of the coronavirus crisis. But it won’t stop Monaco from pushing ahead with its construction.
The International Exhibition Bureau (BIE), at the request of the United Arab Emirates and the event organisers, had asked the member countries of the BIE to decide on a possible postponement.
In assessing the consequences that the crisis could have on public health, considering that economic activity will undoubtedly be slowed down, and that there will likely remain restrictions on international travel, the vast majority of countries was in favour of postponement.
The world expo will now be held from 1st October 2021 to 31st March 2022. However, it will maintain the name Expo 2020 Dubai.

The Expo 2020 Dubai is not the only world fair to suffer such a fate. In 1942, the Rome was forced to cancel its event because of the world war. In 1955, Brussels postponed its official opening by three years due to the Korean War and the international tensions which raged. More recently, in 2002, the Prime Minister of France, Jean-Pierre Raffarin, decided to cancel the 2004 world expo in Seine-Saint-Denis because of the financial risks of the operation.

The Monaco Pavilion on track for completion

Despite the postponement of this year’s event, Albert Croesi, Managing Director of Monaco Inter Expo (MIE), said that MIE teams remain mobilised in Dubai to complete the construction of the Monaco Pavilion before the end of next summer.
“On the other hand, I must now rethink the event calendar that was planned for this year and I will contact all the partners and speakers who signed up with us for Dubai,” said Mr Croesi. “I hope that their commitment will be the same despite this postponement because their assistance is invaluable in demonstrating internationally the multiple facets of the Principality. Monaco 360 must keep its meaning.”