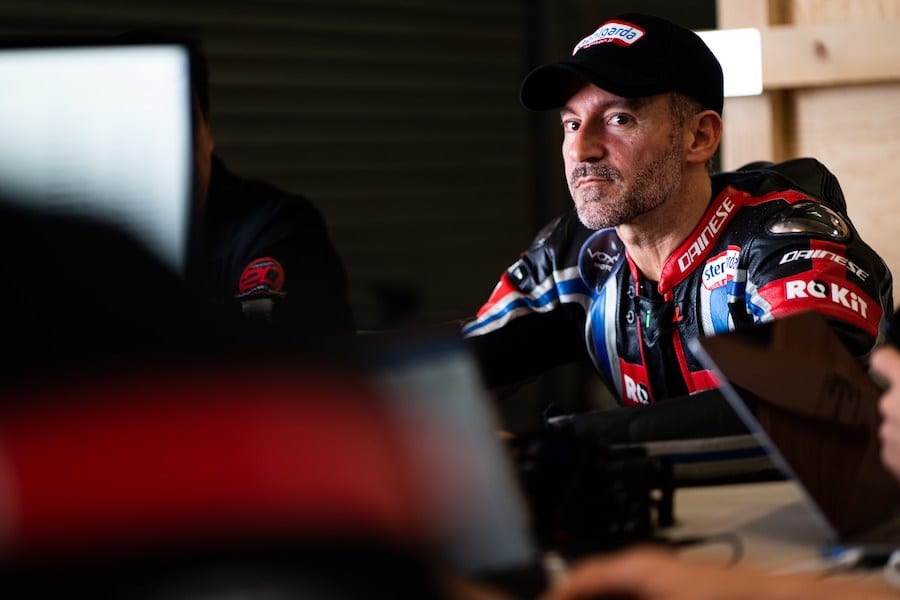 Monaco’s Venturi Group will celebrate its 20th anniversary year with 12 incredible world speed record attempts by motorcycle world champion Max Biaggi over the coming days.
The enormous challenge will take place on 30th October, 31st October, and 1st November on the runway of Châteauroux airport in France.
The world speed record attempts were originally due to take place last July on the planet’s largest salt flat, Salar de Uyuni in Bolivia, but it was ultimately postponed due to Covid-19.
With no immediate prospect of travel to Bolivia, and to ensure the 20th anniversary is still marked in fitting style, Venturi President Gildo Pastor has opted to set up at Châteauroux airport, in central France, whose runway meets the criteria laid down by the International Motorcycling Federation (FIM).
Voxan, the iconic motorcycle manufacturer brought by Venturi in 2010, and six-time world motorcycling champion Max Biaggi will hit the tarmac with both the semi-streamliner and non-streamlined Wattman.


Each 270 kW machine will attempt to set the stopwatch alight over the following distances: ¼ mile, 1 mile, and 1 km – each time from both a standing start, and a flying start.
In six of these categories, no official attempt has ever been made before, and so six new records are guaranteed. In the remaining six categories, there are records to be beaten. The target speeds vary considerably. In the semi-streamliner category, for example, the speed for the ¼ mile is 87 km/h, whereas for the mile the figure is 329 km/h.
“The whole team has been ready to take on these world records for several weeks,” said Gildo Pastor. “So instead of waiting to find out whether we will be able to ride in Bolivia in June 2021, I have decided to make the attempt now, on the track that’s both best suited and closest to our base in Monaco. If the weather conditions are good, we will be able to collect some records. It will be a fine way to mark 20 years of the Venturi Group.
It will be the third time the team that is riding on the runway at Châteauroux airport. “The performances in testing in June and August gave us confidence,” said Max Biaggi, rider of the Voxan Wattman. “We are more than ready. This weekend, if the track is dry and the side winds are light, we will be able to beat several records. I can’t wait to bring these titles back to Monaco and the team!”