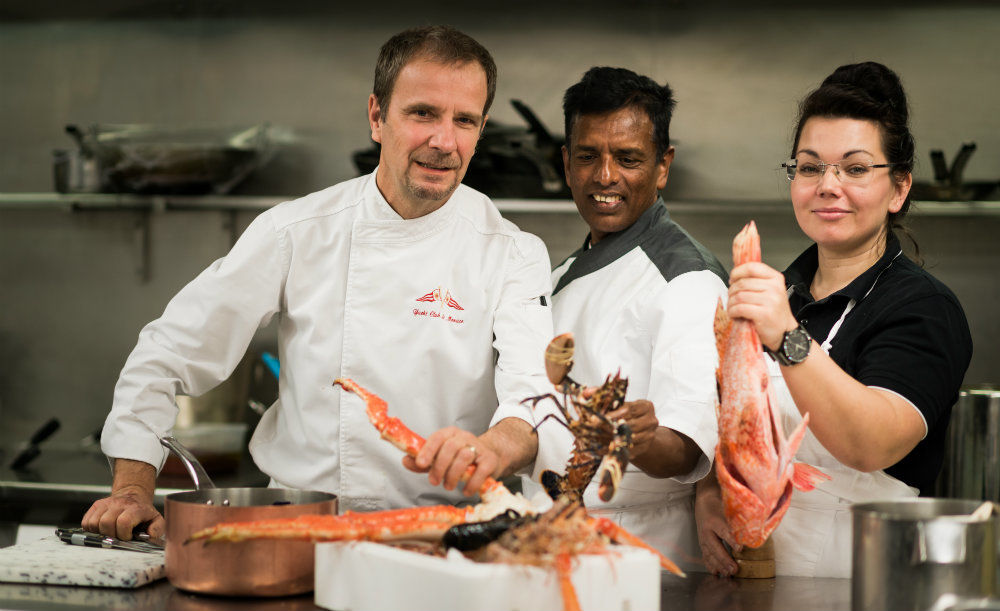 The Monaco Yacht Club (YCM) and Bluewater have joined forces to organise a competition for superyacht chefs on April 5.

Over three rounds of 30 minutes, three chefs will each prepare an original dish, at workstations replicating the reduced kitchen areas they operate in on yachts. Contestants will be judged, by a jury chaired by Prince Albert, on their creativity, use of produce, presentation and taste. The three chefs with the highest scores will compete in the grand finale, at 3 pm, for the Lalique Trophy, which will be presented by His Serene Highness.

“L’Art de Vivre la Mer is our motto,” said Bernard d’Alessandri, General Secretary of the Yacht Club de Monaco. “In keeping with the competition that we organise for chefs every two years during Monaco Classic Week – La Belle Classe, we want to pay tribute to these professionals who put their talents and culinary artistry at the service of owners. Promoting yachting professions to the general public is an important objective for us in our desire to position Monaco as Capital of Yachting.”

“We are delighted to partner with YCM for the first time with our world-famous Superyacht Chef Competition,” commented Peter Bennett, Founder and Managing Director of Bluewater.

“Now in its 9th year, we are continually amazed at the talent of the yacht chefs and what they are able to create from a limited selection of surprise ingredients, in just 30 minutes. The competition is growing, the pressure is on, and with this exciting jury line-up we hope the chefs are ready to create dishes that will make them stand out from the rest.”

The Superyacht Chef Competition takes place at the Monaco Yacht Club, from 11 am to 5 pm, and is open to the public. 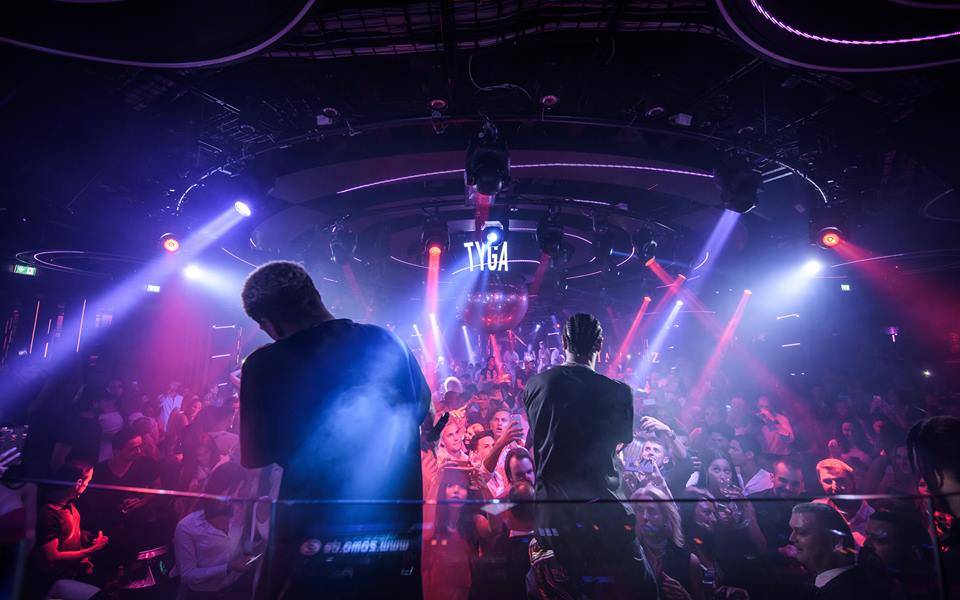 Tyga. Photo: Facebook Jimmy'z Monte-Carlo[/caption] It's bittersweet in a way when you realise before leaving the house that you're about to head to the best party of the summer, which also coincidently means that after this night the summer starts to wrap up. Last night was the annual Philipp Plein summer party at JimmyZ with a guest performance by rapper Tyga. These two headlining names in the world of fashion and music respectively brought out the crowds of red-soled party girls breezing past the queue, JimmyZ regulars ready to kick off their weekend with hordes of young men arriving without reservations and put off by the entry fee sat outside complaining. Inside, the party heated up as Philipp Plein and his crew made their entrance. The German designer donned a simple black T-shirt and jeans while girlfriend Morgan Osman of "Bad Girls Club" reality show fame opted for a little black velvet dress with a slit to high heaven that complimented her dark hair. [caption id="attachment_20686" align="alignnone" width="2048"] 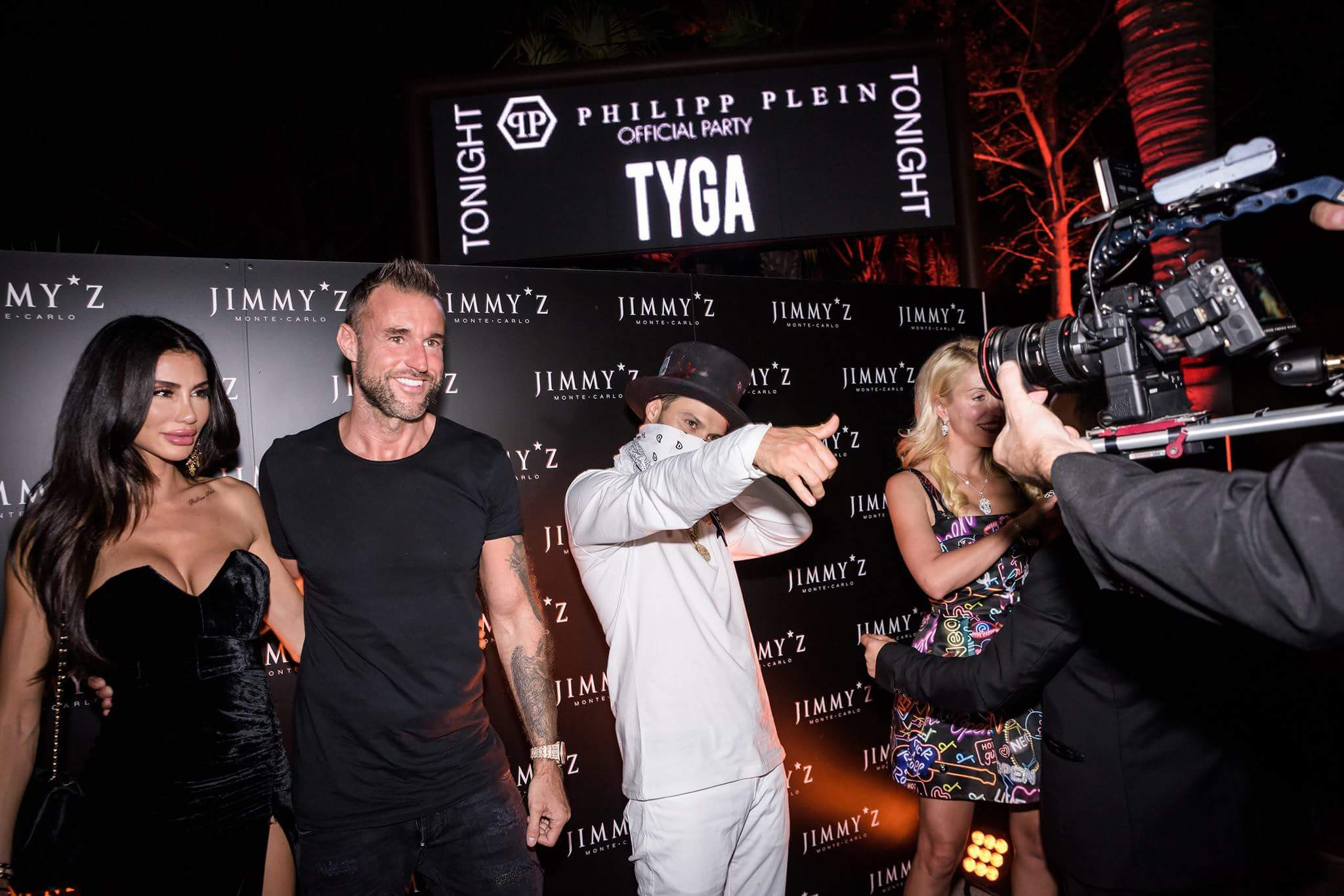 German designer Philipp Plein and girlfriend Morgan Osman, celebrity graffiti artist Alec Monopoly in head-to-toe and girl about town Juliane Dalla Pria in graphic neon light print halter dress. Photo: Facebook Jimmy'z Monte-Carlo[/caption] Celebrity graffiti artist Alec Monopoly accessorised a head-to-toe white look with a black top hat and girl about town and member of Plein's inner circle, Juliane Dalla Pria, added some colour to the entourage with a graphic neon light print halter dress. At 3, am the 27-year-old Compton-born rapper Tyga, also known as the ex-boyfriend of Kylie Jenner, came out visible by the flashing lights of camera phones shouting out Monaco in between hit songs such as "Rack City" and "Make it Nasty" while a full house chanted lyrics alongside. Outside more Rolls Royces and Ferraris pulled up full of more JimmyZ clients and their friends, the red-soled party girls now barefoot looking for taxis and people still begging security to check the list "one more time". One couldn't help but be drawn in by the frenetic energy and the enticing bass emanating from inside. [gallery td_select_gallery_slide="slide" size="large" ids="20694,20693,20692,20690,20689,20687,20685"] Instagram sensation and style blogger Louis Pisano writes SuperficialLivingDiary.com. Article first published August 18, 2017.