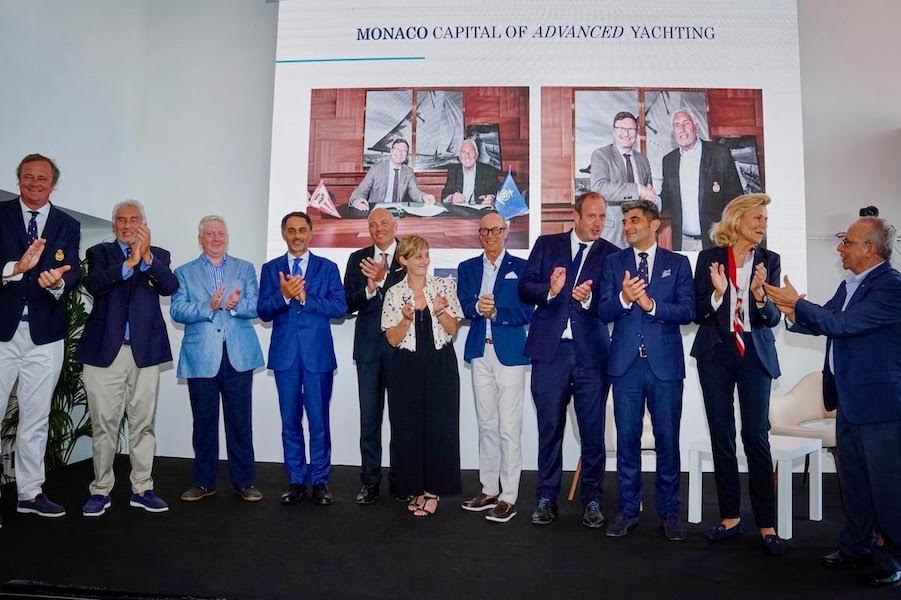 The Yacht Club of Monaco and the International Hydrographic Organisation have signed a letter of cooperation to work together to improve our knowledge of the sea and to cooperate on the crowdsourced bathymetry initiative, otherwise known as seabed mapping.

As part of the ‘Monaco: Capital of Advance Yachting’ initiative, an agreement was signed between the Yacht Club of Monaco (YCM) and the International Hydrographic Organisation (IHO) to assist in the mapping of the seabed, an important and useful tool in helping to protect and better understand the oceans.

The official word is bathymetry, meaning a study of the beds or floors of water bodies, and this science helps experts determine where fish and other marine life live, breed and eat. It also is a great way to monitor coral reefs to better defend them.

In 2017, only 6% of the ocean’s lithosphere was known. Today, that has risen to 23.4%, due to huge efforts made by the Nippon Foundation-GEBCO Seabed 2030 project. The end goal is to map the entire ocean floor by 2030, as part of the actions taking place for the United Nations Decade of Oceanography for Sustainable Development.

Thanks to this collaboration, a data logger was provided to skipper and journalist Alfredo Giacon, who has dedicated the past 12 years to collecting data about the seabed. In his latest mission, he left from Florida’s Port Canaveral, crossing the Atlantic and arriving in Monaco on 22nd July.

The YCM hosted an evening for Giacon, offering members the chance to contribute to his cause.

“Learning about the oceans is the greatest mapping adventure of our time,” Dr Mathias Jonas, Secretary General of the IHO, said. “Many mountain ranges, volcanoes and submarine canyons have yet to be discovered and named.”

These small private endeavours are said to improve knowledge of the oceans by sharing depth measurements made by navigational instruments whilst at sea. Called Crowdsourced Bathymetry (CSB), the information can fill in gaps where previously undocumented features, such as canyons and seamounts, exist.

Despite best efforts by many, there are still countless incidents involving superyachts that are not brought to light due to confidentiality agreements that prevent lessons from being learned or shoals being reported to officials. As these vessels travel far and wide, often to places not usually explored, data from them would be highly valuable.

New methods that protect the privacy of the yacht owners while allowing for information to be gathered are now being put to use on some boats. Data loggers are a simple and effective way to collect data via the ships GNSS and echo sounders. Regularly measured features such as depth and under keel position can be stored, downloaded and integrated into mapping initiatives all over the world without revealing up-to-the-minute information on the whereabouts of any given yacht.

With yacht owners’ participation, so much more can be learned about the seas faster, meaning less environmental impact, and damage, will be done. The end result: the oceans are safer and better looked after for all.