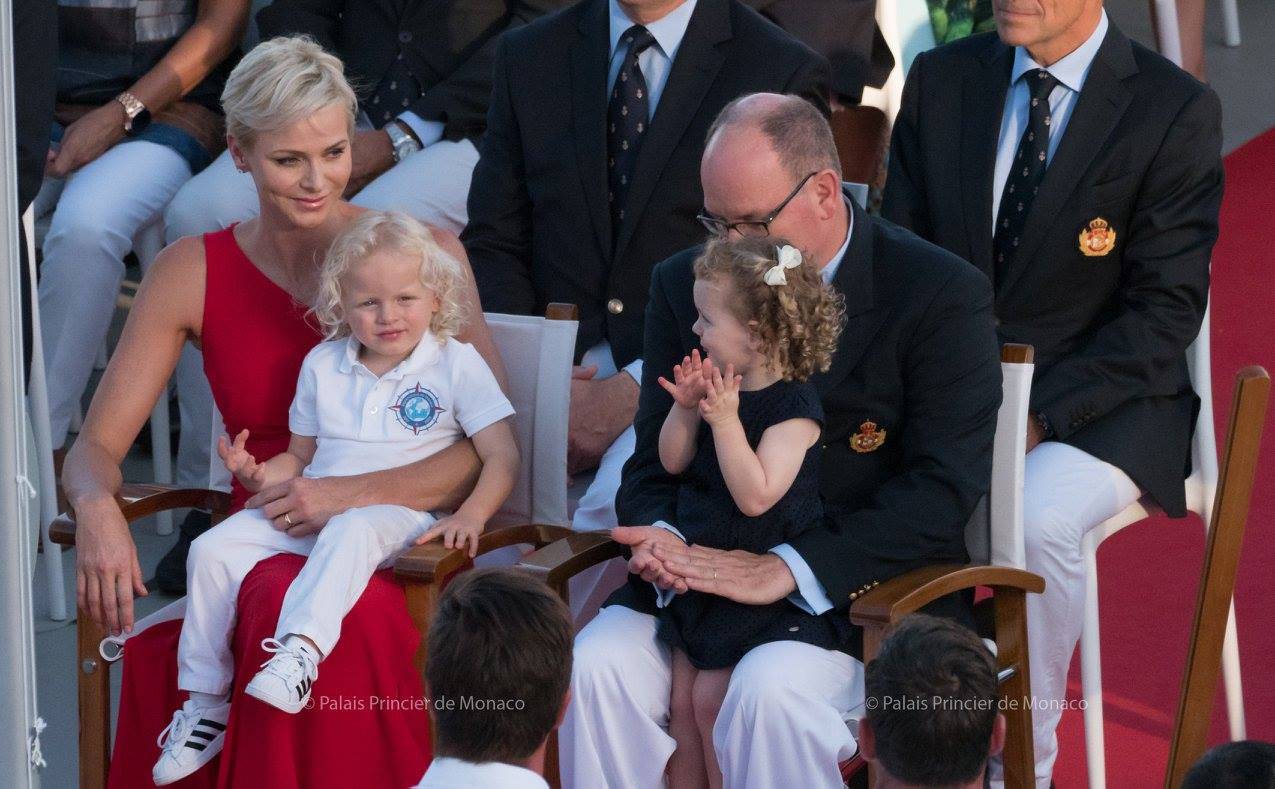 Thursday night, at 10:30 pm, the Yersin, the ecological research ship flying the Monegasque flag, left Port Hercules in Monaco for a 3-year journey around the world.

Earlier that evening, the princely couple with their children, Hereditary Prince Jacques and Princess Gabriella, attended an invitation-only departure ceremony from the Monaco Yacht Club.

The expedition will be transmitted online with its own media platform. Incredible shots and short videos will be broadcast worldwide to raise awareness about marine environment issues, mainly pollution, acidification, species and coral disappearance.

On a tour of the ship earlier in the month, Captain Jean Dumarais, also one of the ships designers, told Monaco Life: “This is a perfect mix of existing technology that has the least impact on the sea as possible.”

Yersin owners François and Geneviève Fiat spent 30% of their investment on comfort and 70% on technology, which as Mr Dumarais points out, is “the opposite of every other yacht budget”.

Head of Mission Colonel Bruno Philipponnat pointed out, “We don’t have a good understanding of the shores or deep waters. And even though we have the Scientific Centre of Monaco, our scientists need to get out in the field.”

He added: “The Prince is really proud of this project and has followed it every step of the way. He hopes this will encourage other heads of state peers to better protect their seas.”

With several laboratories on board, the vessel is self-sufficient in water, food and electricity thanks to the generators that will accompany the 44 scientists, journalists, crew members who are part of the journey.

The Fiats baptised their ship Yersin after Alexander Yersin (1863-1943) a Swiss physician who discovered the bacillus responsible for the plague because “he did so much for other people,” said Geneviève Fiat. To use his name, the Fiats had to ask his niece for permission. She accepted almost immediately.

A Yersin quote – and the crew’s leitmotiv – “It’s not a life that doesn’t move” is written on the ship’s hull.

The Yersin will return in 2020 after having followed a longitudinal route between the Tropics. Its journey can be followed on social networks or at the Oceanographic Museum where an exhibit will be on display. (Home page image: Axel Bastello/ Palais Princier)

Local News Stephanie Horsman - March 17, 2021
Princess Charlene and Prince Albert II are in mourning after learning of the death of their great friend, Goodwill Zwelithini, King of the Zulu nation, who died aged 72.