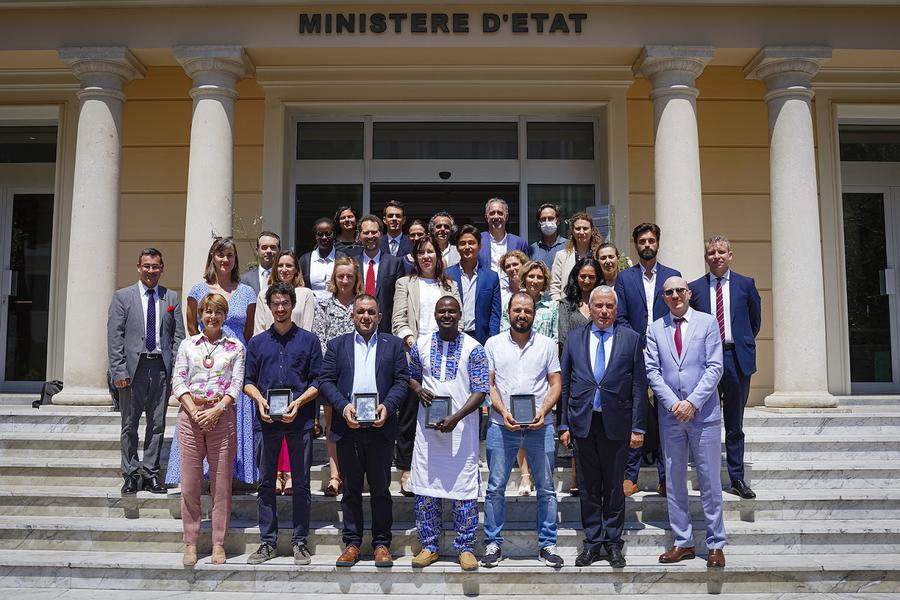 J-Med, the programme aimed at supporting projects for young people in the Mediterranean basin, has announced the 33 winners of the 2022 edition, including a Peace and Sport collaboration with TIBU Maroc called Girls CAN- Peacemakers.

Since 2020, J-Med has been assisting organisations to create and maintain projects in the Mediterranean nations of Mauritania, Morocco, Algeria, Tunisia, Libya and Lebanon, through partnerships with their neighbours on the northern and eastern shores that benefit the young people of the region.

The association, which is a joint effort between several entities including the government of the Principality’s International Cooperation Department, the French Ministry for Europe and Foreign Affairs Interministerial Delegation for the Mediterranean and Delegation for Relations with Civil Society and Partnerships, the European Institute for Cooperation and Development and Monegasque organisation ILLIS, met on 11th July in Monaco to announce the projects that will be receiving subsidies, which can be up to €15,000, for this year.

The event was opened by Minister for External Relations and Cooperation Isabelle Berro-Amadeï, who said she felt, “the pride of the Government of Monaco in having built this innovative system of support for young people in the Mediterranean with the French Ministry for Europe and Foreign Affairs. Thanks to J-MED, civil society associations in the Mediterranean can carry out the projects that concern young people: training, education, integration. In the Mediterranean as elsewhere, it is by involving young people that we will achieve sustainable development that benefits everyone.”

Last year’s four winner’s programmes ranged from the integration of women in Mauritania by Global Health, culture and education through theatre for the Moroccans of Dramedia, climbing as a vector for the inclusion of young Tunisians at The Crag Bouldering – Climb’in, and the access of Dom women to decent opportunities in Lebanon by Lebanese Developers.

There were 33 winners selected in this year’s edition, amongst them TIBU Maroc’s Casablanca-based girl’s football project Girls CAN-Peacemakers.

Nearly 180 organisations have been supported by J-Med in its short three years of existence, including 111 from the southern and eastern Med. The youth of the region have benefitted from activities in fields such as education, vocational training, culture, heritage, sport, gender equality, environmental preservation and entrepreneurship and solidarity.