Youth training and racing weekend at the YCM

Youth training and racing weekend at the YCM 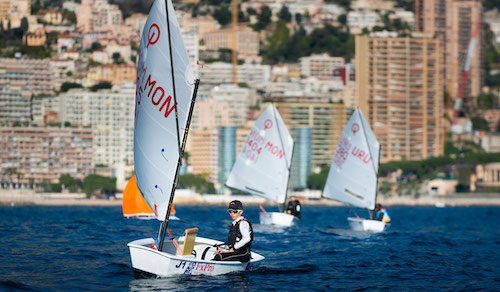 Monegasque Optimist sailors will have the chance to test their talent against teams from all over Europe throughout the next three days. The Monaco Optimist Academy is a one-of-a-kind regatta that allows coaches to follow their charges on the water and give advice, helping them to hone their skills in race conditions.

Over 150 young sailors from Bulgaria, France, Italy, Monaco, Switzerland and Ukraine have registered to take part in fleet races in the 3rd Monaco Optimist Academy. Of those, 100 are in the younger “minimes” category (born between 2006 and 2008) and at least 30 in the older “benjamins” group (born between 2009 to 2010).

The weekend is an opportunity for sailors to train under real race conditions and benefit from their coache’s one-on-one expertise and advice “as it happens”. For the French teams, the regatta is also a qualifier for the international Monaco Optimist Team Race, now in its 11th year, which takes place 8th to 12th January 2020 and pits the best national Optimist race teams against each other.

Second in the previous Monaco Optimist Academy regatta, the YCM’s Leonardo Bonelli has his sights set on clinching the title this year, but faces strong competition from Zou Schemel, the big winner last year.

Also at the meeting are Ariadni Verevis and Bodhi Van der Linden from the YCM. This is their last competition on Optimists before they progress into another class.