Monaco to welcome stars from the world of athletics 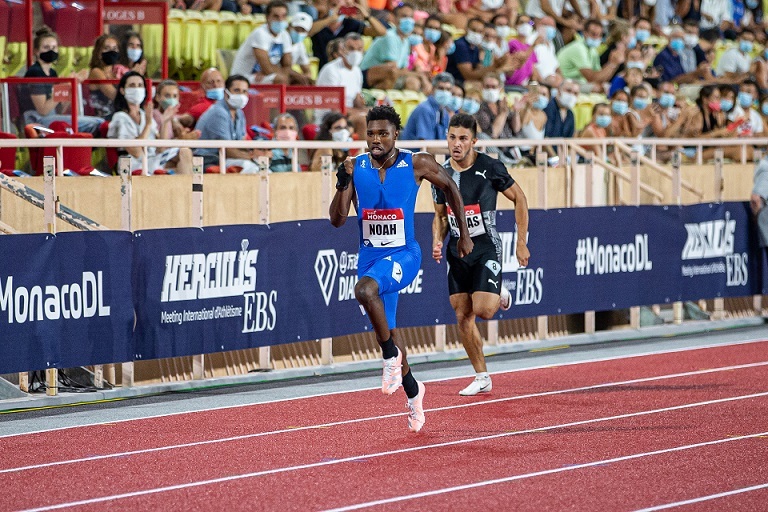 Olympic and World champions will descend on the Stade Louis II on Wednesday for the Herculis Diamond League meeting in what promises to be a dazzling evening of elite athletics.

Amongst the 21 Olympic and world champions is Tokyo gold medalist Miltiadis Tentoglou, who will get proceedings underway in the long jump. He will face stern competition from Murali Sreeshankar, who having also jumped 8m36 this year holds the Indian national record.

The Women’s pole vault will follow, where Holly Bradsahaw, British bronze medalist in the Tokyo Olympics will be amongst the favourites. American pole vaulter Sandi Morris, the current number two in the world will, however, go into the event as favourite.

The Women’s javelin follows before the top three from the last World Championships will compete in the men’s high jump. In that event, Italian Gianmarco Tamberi will undoubtedly be the fan favourite and will be roared on by a stadium likely to be filled with his compatriots.

The ‘undisputed queen of hurdles’, Sydney McLaughin, is strongly expected to stride to victory in the Women’s 400m hurdles. The reigning Men’s 1000m Olympic and World champion Emmanuel Korir will line up on the track at the Stade Louis II in an attempt to consolidate his domination of the discipline, before arguably the event of the night – the Women’s 100m.

In an all-star cast, Jamaican duo Shelly-Ann Fraser-Pryce, the reigning world champion, and world number two Shericka Jackson will battle it out for the title. The former will be hoping to beat a time of 10”67, which she has already posted on three occasions this year. American’s Aleia Hobbs and Melissa Jefferson will likely be in contention for the podium places, as will Marie-Josée Ta Lou, who narrowly missed out on medals in the 100m and 200m events in Tokyo last summer.

The Women’s triple jump, Women’s 1,500m, Men’s 110m hurdles and Women’s 800m all follow. Shaunae Miller-Uibo, who last time she was in Monaco in 2018 set a meeting record, will be looking for further success in the Principality in the Women’s 400m. The Men’s 3000m precedes the Men’s 200m. The latter will include Noah Lyles, who took the world title just a matter of days ago. Fellow podium winners at those World Championships, Kenneth Bednarek and Erriyon Knighton will join the American Lyles on the track.

The Women’s 3,000m steeplechase will wrap-up the night. The current world record in the discipline was set in the Principality in 2018 and the presence of world champion Norah Jeruto and Olympic champion Peruth Chemutai will likely be pushing each other to in an attempt to beat that record.

Tickets for the event are still available, with prices starting from just €10. Attendees will witness the exploits of some of the world’s most elite athletes in the flesh in what is sure to be another unforgettable night of athletics under the iconic arches of the Stade Louis II.