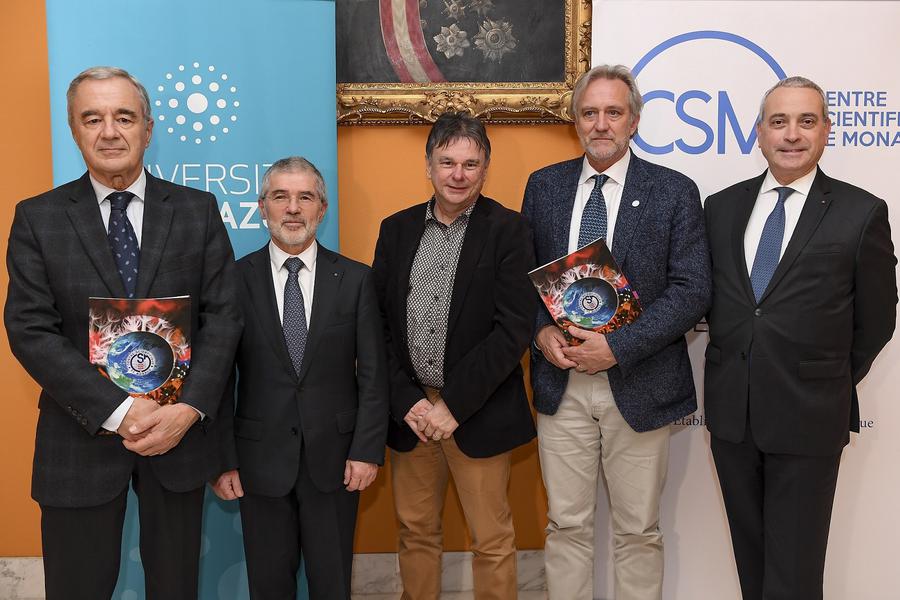 The Monaco Scientific Centre and the Côte d´Azur University have join forces to create an International Associated Laboratory for research and training purposes.
A partnership agreement was signed on Monday 4th February and will see the creation of a new laboratory that will bring together a certain number of teams from the two establishments. Titled ‘Response of organisations and populations to environmental stress’, the laboratory will allow for scientific research, innovation and training and will encourage a collaboration in areas of research attractive to future researchers. It is hoped the collaboration will also lead to findings on the impact of climate change which may lead to societal recommendations.
There are three scientific objectives to the collaboration: to consolidate existing synergies and create new ones, including transdisciplinary ones, in the fields of marine, polar and medical biology, integrating the approach of human and social sciences; to develop, in the context of climate change, programmes to study the impact of environmental changes on organisms, populations and ecosystems by integrating the human dimension into them; and to develop innovative research intended to lead to significant development in the biotechnological and clinical fields.
This is one of a number of relationships that the CSM has developed with the University of Nice-Sophia Antipolis, which recently became the Côte d’Azur University. In fact, several teacher-researchers of the university have worked with the CSM since the late 1960s, including Professor Raymond Vaissière and Professor Jean Jaubert. The current Scientific Director of the CSM, Professor Denis Allemand, was himself Professor of Animal Biology at the university.
Recently, several research agreements have been established between the two establishments, in particular for the Côte d’Azur University with IRCAN (Institute for Cancer and Aging Research in Nice) and the C3M laboratory (Mediterranean Centre for Molecular Medicine). It involved doctors Gilles Pagès and Jacques Pouysségur, Research Directors at IRCAN, collaborating closely with the Medical Biology teams at the CSM.