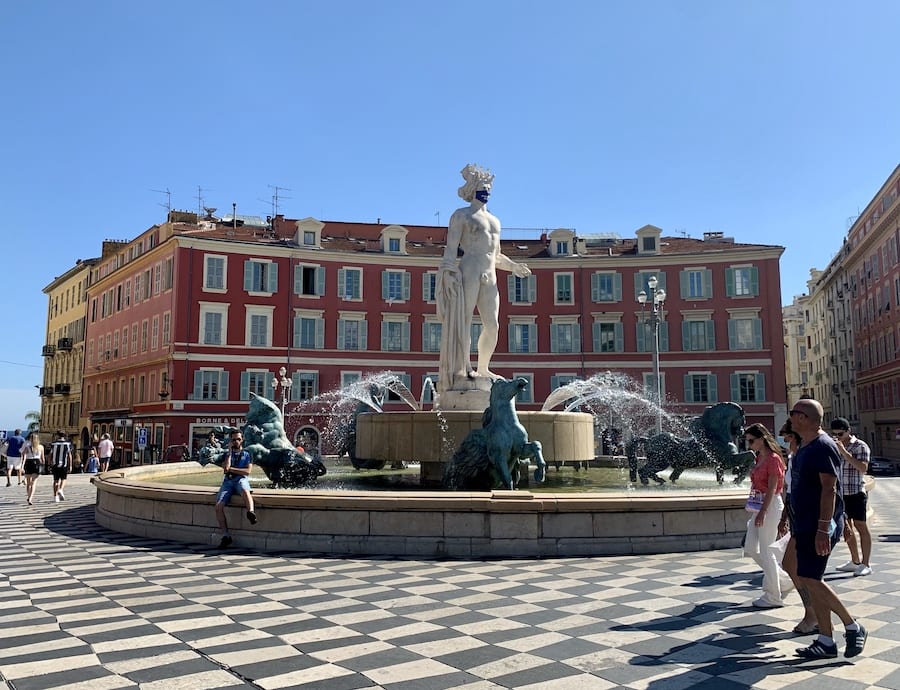 Neighbouring city Nice is one of a handful of regions across France to mandate the wearing of masks in certain outdoor public areas, as the country fights to reverse a rise in coronavirus cases which has now reached 1,000 a day.
On Friday 31st July, France gave local governments the power to order the wearing of face masks in outdoor public spaces. Nice has imposed such a mandate, with Mayor Christian Estrosi declaring that, as of 10am  Monday 1st August, the wearing of a mask is obligatory in certain areas throughout the city. The requirement will run until 1am and those who fail to comply face a fine of 35€.
France has reported 7,000 new cases in the past week after bringing the virus nearly under control with a strict two-month nationwide lockdown. Officials hope local measures can prevent a second coronavirus wave without disruptive nationwide action. To date, 30,265 virus-related deaths have been recorded since the pandemic began.
Other areas in France to impose a mask mandate in outdoor public spaces include Lille, 69 towns in the Mayenne region of western France and the coastal city of Biarritz.
It follows a national order making masks mandatory in closed public spaces from 20th July.
The outdoor areas in Nice where masks are now mandatory are:
West: Boulevard Gambetta.
North: Thiers train station and Avenue Thiers.
East: All of Avenue Jean Médecin, Place Massena, Avenue Félix Faure, Coulée Verte, Avenue Saint-Jean-Baptiste, Rue du Docteur Ciaudo, Place Garibaldi Square, Rue Cassini, Place Ile de Beauté, Port.
South: Quai Rauba Capeu, Quai des Etats-Unis.
Promenade des Anglais: from rue Max Gallo to the intersection of Promenade des Anglais and Boulevard Gambetta, as well as the southern roadway portion of the Promenade des Anglais located between Boulevard Gambetta and Boulevard Magnan.
New regulations in Monaco mean that masks are now mandatory for people standing in queues and at major venues such as the Stade Louis II.
Editor’s note: During a walk around on Monday, it was clear that the majority of people are still not wearing masks, despite the recent mandate. It may be partly due to the fact that there is no communication that masks are mandatory in these outdoor spaces.