Ambassadors of Fiji and Chile welcomed 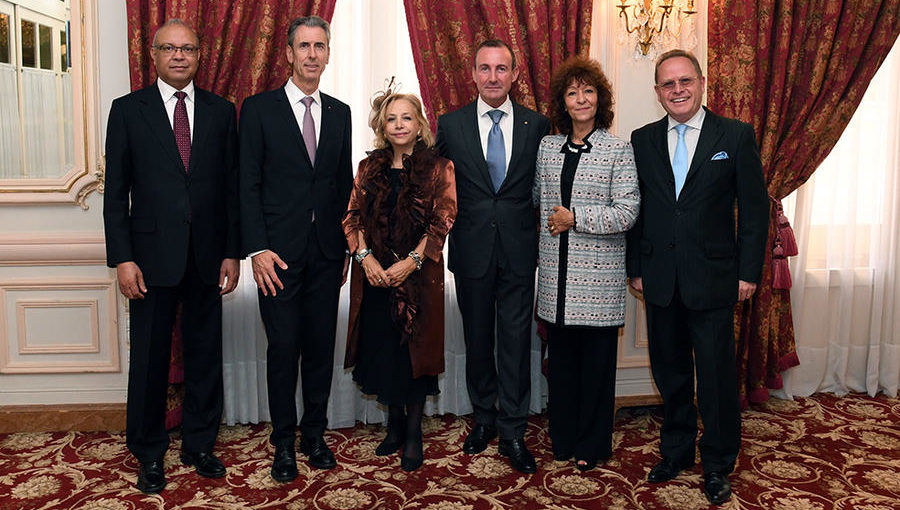 Gilles Tonelli, Minister for Foreign Affairs and Cooperation, hosted a luncheon at the Hermitage Hotel on Thursday, October 12, for HE Deo Saran, Ambassador Extraordinary and Plenipotentiary of the Republic of Fiji and HE Marcia Covarrubias, Ambassador Extraordinary and Plenipotentiary of Chile, who in the morning presented their Letters of Credentials to the Sovereign Prince.

HE Deo Saran was appointed CEO of Fiji Sugar Corporation in 2008. In 2010, he became a management consultant and then Ambassador for Climate at COP23. He is successively the Permanent Delegate to UNESCO, FAC and IFAD, Permanent Representative to the European Union, Non-Resident Ambassador to France, Italy, Netherlands, Spain Portugal, Luxembourg, Georgia, Greece and Morocco, Ambassador to the Kingdom of Belgium and Head of Mission to the European Union. He is the first Ambassador of the Republic of Fiji in Monaco.

HE Marcia Covarrubias, began her diplomatic career in 1989, responsible for the formulation of Chile’s foreign policy with the Arab world. In 1990, she was appointed Ambassador to the Republic of Tunisia and Special Envoy of the President of the Republic of Chile to several countries. She successively held the posts of Ambassador in Algeria, with the Hellenic Republic and in Morocco. In 1996, she became Diplomatic Advisor to the Minister of the Economy, including Founder and General Director of the Greece-Latin America Business Council, UNDP Senior Expert for Transition in Tunisia, UN Senior Advisor to Tunis and Member of the UNESCO-ICHC Board for the MENA Region.