AS Monaco held to goalless draw

AS Monaco held to goalless draw 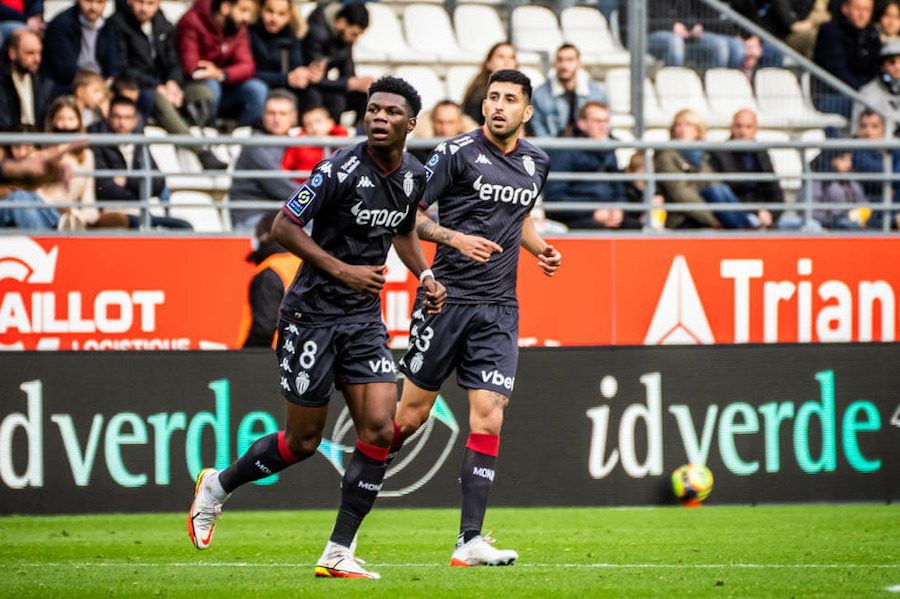 A defensively solid yet offensively uninspiring AS Monaco display was only enough to earn a point away to relegation-fighting Reims. The goalless stalemate means that the Red and Whites have failed to score in their last three fixtures in all competitions.
Keen to bounce back following a disappointing defeat last time out in Ligue 1 against Brest, ASM recalled Ben Yedder after being benched against PSV in midweek. There was also a place in the starting line-up for playmaker Golovin, whose workload is slowly being increased, as revealed to Monaco Life by Nico Kovac on Thursday.
True to their recent form, ASM once again lacked the creativity to conjure high-quality chances. Rajkovic in the Reims goal was only tested once in the first-half, forced into a smart save low to his right from an Aguilar shot. Fofana also tried his luck from range, but his well-hit shot sailed just over the bar, whilst early in the second-half, Tchouaméni saw a similar effort dragged wide of the post. ASM’s reliance on long-range, low quality chances is symptomatic of a team that is going through a period of creative deficiency.
ASM may be struggling offensively, yet defensively they have looked much stronger. Having restricted a free-scoring PSV side to a draw on Thursday, they were equally solid here. The only chance of note for Reims came from a long-range Cafaro free-kick, which would have nestled in the bottom corner if not for Nübel’s intervention.
The introduction of Caio Henrique midway through the second-half provided ASM with extra attacking impetus. His deliveries and link-up on the left-flank were a constant source of. It was Henrique who was the provider of the greatest chance of the match in second-half injury time. Cutting back onto his right-foot, Henqrique curled in a sumptuous ball that found Volland free in the box, only a few yards out. With the goal at his mercy, Volland miscued his header and the ball rolled harmlessly wide.
Having had a golden chance to win the game in the dying seconds, Kovac will be disappointed that his side didn’t bring home all three points.
In the post-match press conference, Kovac summarised ASM’s contrasting fortunes in attack and defence, saying: “Defensively, we had a very good match, being very solid and only conceding very few dangerous situations… At the moment we have problems creating and converting chances.”
With the international break next week, Kovac is hoping that when his players return, his side will have a change in fortunes. “I hope that my selected players (for international duty) will benefit from it by playing well and coming back to the club with lots of confidence.”