ASM preview: “Our preparation was hard, but necessary”

ASM preview: “Our preparation was hard, but necessary” 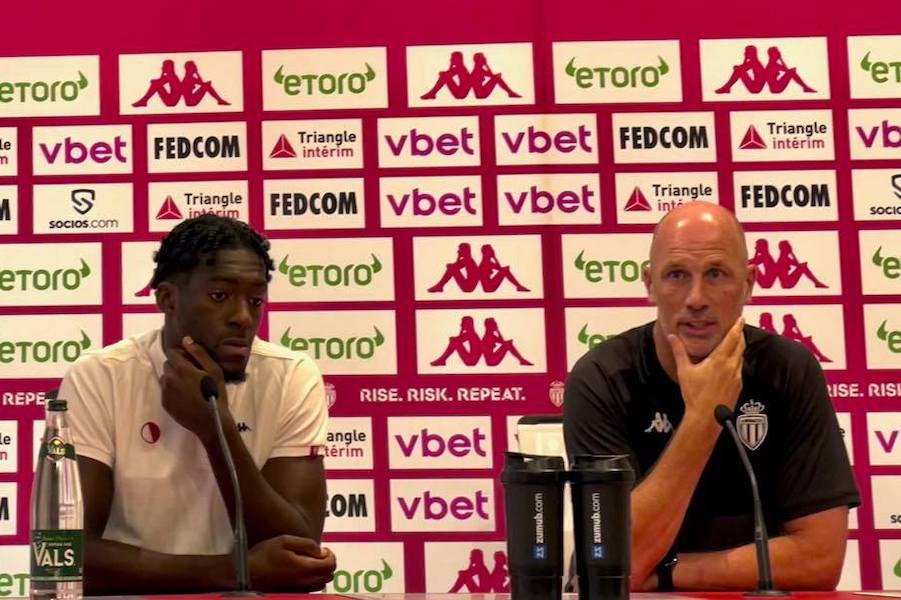 AS Monaco manager Philippe Clement fronted the press ahead of his team’s game against PSV Eindhoven on Tuesday, saying he believes that his side have prepared well for the opening encounter.

Monaco have played seven pre-season matches and returned earlier to training than their Ligue 1 competitors with the early start in mind. “All the players who have been involved in the preparation with us are in good physical shape,” began Clement. “It was difficult but necessary to increase the rhythm with the matches ahead.”

Despite two losses in their final two pre-season friendlies, against FC Porto and Southampton, Clement isn’t concerned about any lack of form or confidence going into the Champions League play-off tie. “It was our plan to finish pre-season with three high-intensity matches against teams of a higher level, in order to allow us to confront the conditions that we will face in European competition,” he said.

Monaco led at half-time in their final match against Southampton, before the Premier League side fought back. Clement attributes that largely to the lack of “automatisms” in the side, which will naturally take time to mature.

Despite the overwhelming importance of Tuesday’s match, Clement is not reluctant to start new signings such as Takumi Minamino or Breel Embolo. He said, “Naturally we need automatisms, but we only get automatisms by giving new signings game time, either from the start or off the bench. It’s always about finding the right balance in the first two to three months.”

The Principality side know PSV well having faced them twice in the Europa League last season. In those ties, Monaco prevailed, beating the Eredivisie side away before drawing at home. Ruud Van Nistelrooy’s men also come into the two-legged tie high on confidence having beaten Dutch champions Ajax 5-3 in the Dutch Super Cup over the weekend.

“When I saw their match at the weekend, I have to say that they really did a good job against Ajax,” said Clement. “We have seen their pre-season matches and they have a clear structure. They are a high-performing team in transition phases because they play to win matches and therefore attack with pace. They are an opposition of very high quality.”

For the match, Monaco will be without Myron Boadu who has sustained a foot injury, whilst Benoît Badiashile is also a major doubt. Given the club’s incredibly packed fixture list, it seems unlikely that the French youth international will be used from the start if at all. However, despite that fixture list, which includes six of last season’s top eight in the first seven fixtures, Clement, and his players are only focused on their upcoming match.

He told Monaco Life, “I’m only thinking about Tuesday’s match. We will see how the players are after the match…I can’t say anything now about the match against Strasbourg. It’s the same thing after Strasbourg, we’ll look at each player’s individual reaction ahead of the second match against PSV, and then after that we’ll take it match by match. The players should also just be focused on each match as it comes and give everything in the minutes that they spend on the pitch, that goes for the starters and for the substitutes and that’s our strength – each player is 100% committed in each action.”

Clement also interestingly revealed to Monaco Life that his players would be fitted with GPS tracking systems in matches this season “in order to have good physical results and to look at the recovery after the match.”

For now, however, all focus is on atoning for last year’s errors and earning a place in the Champion’s League group stages. Although it will be a tall order to qualify given the quality of opposition that the Principality side will face, Monaco defender Axel Disasi believes that leaning on last season’s negative experience will only be advantageous. “We want to lean on our experience from last season to make amends and to progress in the most beautiful European competition. We always want to move forward and achieve the club’s objectives,” said Disasi.

In this “sprint within a marathon” there is no room for slip-ups and the pressure is on from the off. The margins are fine and Monaco’s experience in this pressure-cooker environment could yet prove pivotal.