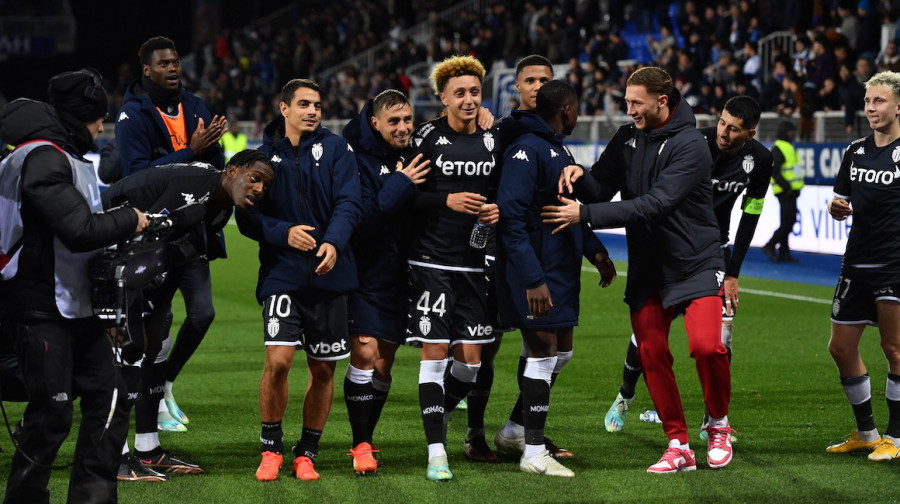 AS Monaco had to come from behind to earn the three points against relegation-threatened Auxerre as Ligue 1 football made its long-awaited return, with Eliesse Ben Seghir proving the hero.

The day belonged to one player. Having impressed for the club’s Groupe Elite this season, and during Monaco’s friendly against Leeds United last week, Ben Seghir was given the nod by Philippe Clement against Auxerre on Wednesday.

Monaco were lucky to go in level at half-time, with Wissam Ben Yedder’s spot-kick cancelling out M’Baye Niang’s penalty at the other end. It was Les Monégasques’ first real sight of goal and came right at the end of a half where little was offered in an attacking sense.

Clement was proactive in changing the scenario. The Belgian coach made three changes at half-time. Off came Ben Yedder, Takumi Minamino and Eliot Matazo – at fault for Auxerre’s penalty – and on came Ben Seghir, the returning Youssouf Fofana and Aleksandr Golovin.

Two of those substitutes, Ben Seghir and Golovin combined to give Monaco the lead early in the second-half. The Russian playmaker slipped the ball into Ben Seghir’s path, and the France youth international kept his composure to slot home.

Another one of Clement’s substitutes, Fofana, was then involved in another goal, but unfortunately for Monaco, at the wrong end. From an innocuous corner, Fofana instinctively flicked his heel, making good contact with the ball, which sailed past Alexander Nübel.

However, with just five minutes left of regulation time, and just 40 minutes into his Ligue 1 debut, Ben Seghir stepped up again, this time curling a sumptuous effort from outside the box into the far corner. In the process of winning the match for Monaco (3-2), he also became the second youngest player to net a brace for the Principality side, after Thierry Henry.

Ben Seghir will get plaudits, and rightly so, but this was also perhaps the finest example of Clement’s in-game management. He simply got every call right. “I wasn’t happy with our first-half. We didn’t have enough movement off the ball, and we were outnumbered in the midfield. I was obliged to change things, which allowed us to dominate the match. Our substitutes brought lots of energy to the team. It is our strength going forward because we have lots of ambitions for our young players,” said Clement post-match.

On Ben Seghir’s performance, Clement added, “It wasn’t a surprise to me because he shows great things in training. Eliesse is only 17 years old, but when you prove so much during the sessions, age doesn’t matter. He deserved his chance tonight. We are happy with what he did tonight, even if naturally he has a lot of room for improvement.”

Monaco conclude the calendar year with a win, and will begin 2023 with a home match against Brest on New Year’s Day, which fans can attend for free.