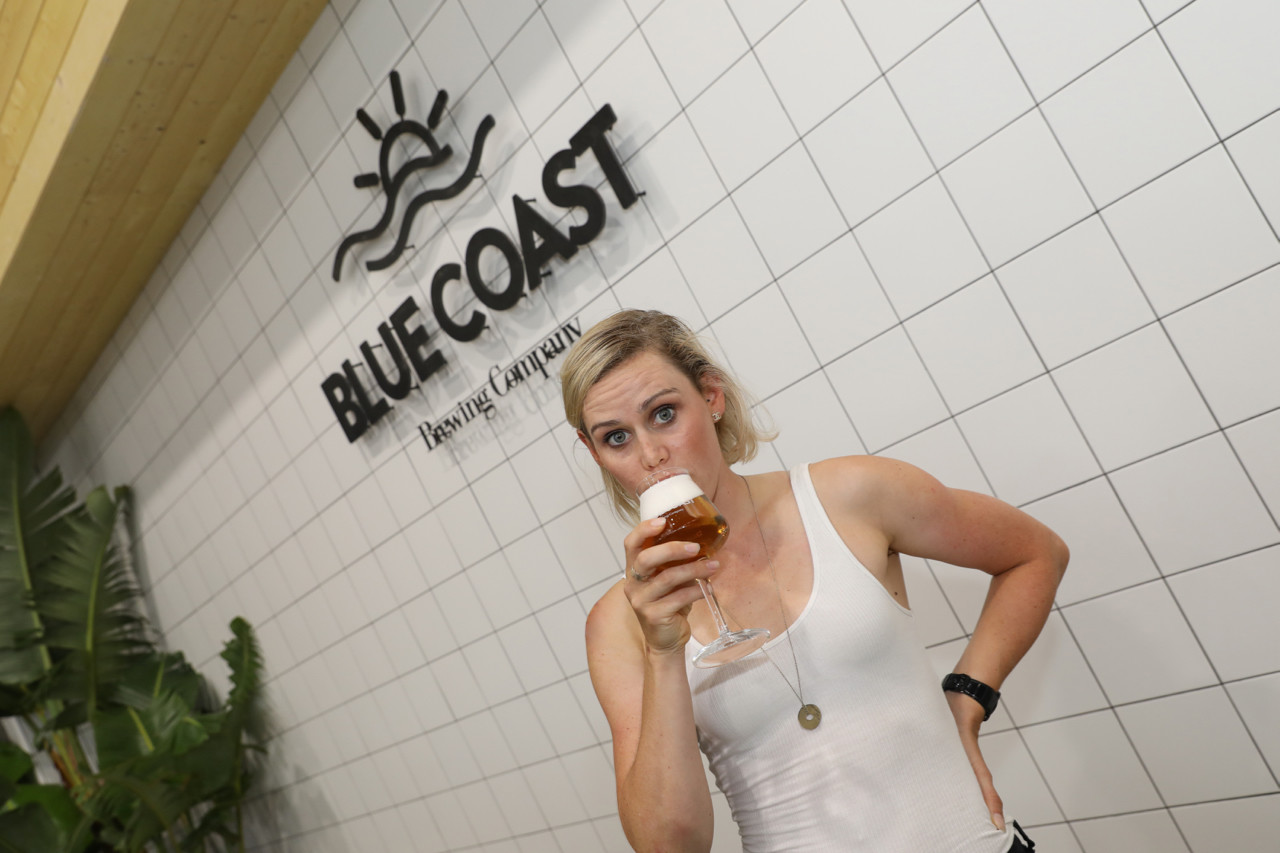 When I meet Natasha Frost-Savio and Roberto Savio Beer at Stars’n’Bars to talk about their new company, Blue Coast Brewing Company, the largest craft brewery in the region, they nonchalantly rhymed off a few investors – F1’s Jenson Button, F1’s Daniel Ricciardo and TV presenter Karen Minier-Coulthard – and then a few Ambassadors, or BlueCoasters as they refer to them, American actor Noah Wyle (ER, Falling Skies) and Sky Sport presenter Natalie Pinkham.

By this point I forget we’re talking about beer.

Sure, the official opening of the Blue Coast Brewing Company tap room in Nice is this Saturday, November 4, but with all this hype how can the artisanal beer not be a huge success?

“Well we have to have a tasty beer to stand behind,” Roberto told me. “And we have three.”

The Blonde Ale, IPA and the Session Ale were designed by Nice-based Swede, Robert Bush, who won gold at the Swedish National Championships in Home Brewing in Stockholm, and in 1996 he took the “Home Brewer of the Year” title with an English style bitter.

“We interviewed 18 brewers to come up with what we hope to be one of the best beers in France,” said Natasha. “And Robert knows his hops like a nez knows perfume.”

The idea for Blue Coast came to the Monaco-based couple two years ago, as the craft beer market is booming in other countries. In the US, for example, according to the Brewers Association, the American craft beer market was valued last year at €20.23 billion ($23.5 billion) – which represents 21 percent of the market share – and the number of active craft breweries tripled in a decade, from 1,409 breweries in 2006 to 5,234. In other words, 2.3 new breweries opened every day in the US in 2015.

In the UK, about 10 microbreweries opened a week in 2016 and in total the craft industry represents 9 percent of beer sold in licensed premises.

France counts around a thousand artisanal breweries, and locally a dozen, including Allez-Hops! in Nice launched last year by American Daniel Deganutti and his French wife Julie.

“Craft beer is a tradition and a philosophy,” Roberto, an Italian-Swede explained.

Natasha, who is American but grew up in Beaulieu-sur-Mer, added, “All the local craft brewers, we all help each other, and even if we are the biggest, it’s about community.”

In addition to the million residents living in Monaco and the 06 department, the husband and wife business duo hope to tap into the 12 million tourists who visit the French Riviera every year. They are already in the process of designing a limited-edition 2018 Monaco Grand Prix beer.

The state-of-the-art brewery on Chemin de Saquier, in the Nice Eco Valley near Allianz Riviera stadium, will be open from noon to 7 pm every Saturday from November 4. This weekend 5TH Avenue Hot Dogs will serve American franks for the inauguration, but Natasha and Roberto plan to host a variety of food trucks across the year.

And with an extensive list of Ambassadors– cycling champion Thor Hushovd; Andreas Mikkelsen, winner of the WRC2 2017 Monte Carlo rally; pro cyclist Tiffany Cromwell; superbike driver Eugen Laverty; French karting champion Nicola Duchateau; and Monaco’s eco-legends Kate and Didier, owners of Stars’n’Bars, where you’ll also find the beer on tap – you never know who you could end up sharing a pint with at Blue Coast Brewing.

Photo: Mairie de Monaco[/caption] Members of the Friends of Monegasque Elders (Amicale des Aînés Monégasques), residents of the Hector Otto Foundation, members of the Club Le Temps de Vivre and beneficiaries of Maintien à Domicile (Home Support) took part in the first edition of the Seniors' Games at Espace Léo Ferré on Wednesday, October 11. The afternoon, organised by the Town Council of Monaco and orchestrated especially by the Social Actions Service department, brought together competition and conviviality. The gathering was also punctuated by several performances of Doll's Star. After a lunch in the Espace Léo Ferré atrium, followed by the opening ceremony and a speech by Mayor Georges Marsan, the 72 participants competed in three disciplines: pétanque, darts and belote, a card game. [gallery td_select_gallery_slide="slide" size="large" ids="23457,23454,23458,23455,23456"] Although the team of the Hector Otto Foundation won in darts and pétanque, the Amicale des Aînés Monégasques triumphed in belote. and had the highest number of points overall to pickup the Winners’ Trophy. The awards were given in the presence of bMayor Marsan and elected officials Camille Svara, Jacques Pastor, Henri Doria, Chloé Boscagli Leclercq, Karyn Ardisson Salopek and Claude Bollati.

READ ALSO Town Hall to get a face lift 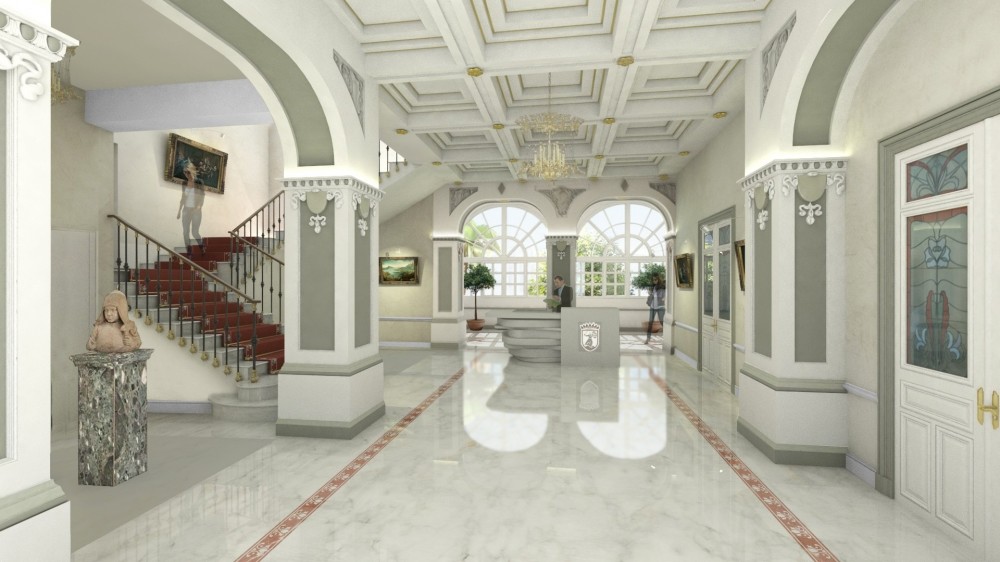 Fabregas on Messi: “The boys are super...