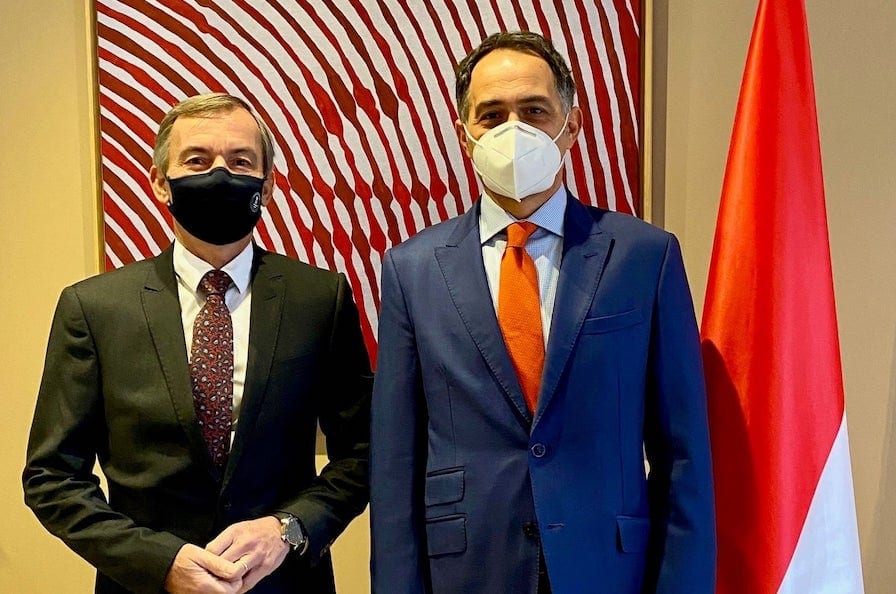 Remote working for cross-border employees was the hot topic of discussion between the Monaco government and Italy’s new Ambassador in Monaco Giulio Alaimo this week.
It’s been around six weeks since Giulio Alaimo was officially welcomed as the new Italian Ambassador to the Principality of Monaco.
Mr Alaimo on Monday met with the Minister of Health and Social Affairs Didier Gamerdinger to discuss several important subjects, in particular the implementation of teleworking in the Principality for workers residing in Italy.
“The health situation in 2020 has made it possible to intensify the opportunities that this project represents for Italy and for nearly 4,500 cross-border Italians, in particular in terms of developing employment and improving traffic between our two countries,” said the government in a statement.
Remote working has long been considered essential for Monaco’s economic future by its Government given the Principality’s size.