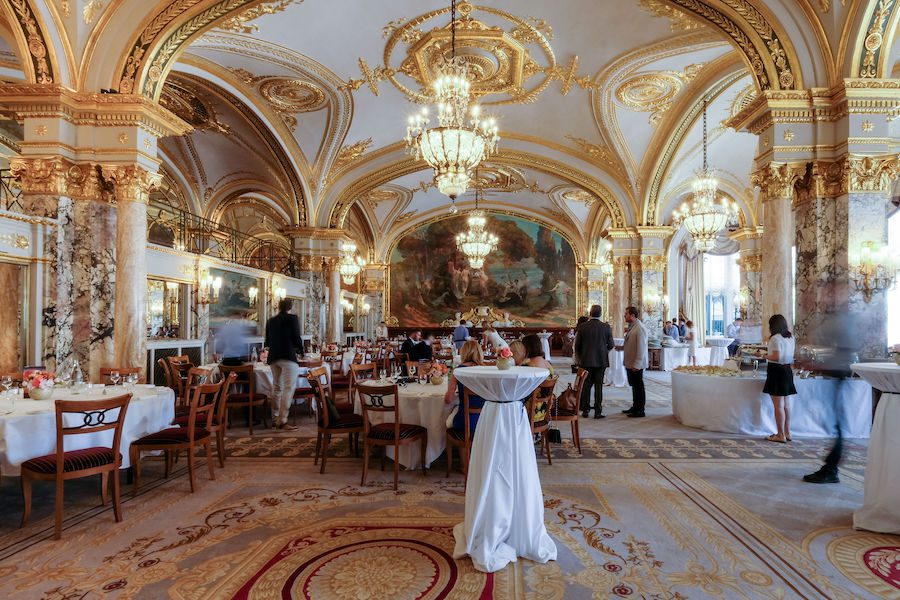 The legendary Café de Paris will be taking up temporary residence in the glamorous Salle Empire at the Hotel de Paris during an extensive one-year renovation of the original Monte-Carlo site.

The Café de Paris, which has been a staple of the Monaco landscape since 1868 under different guises, is about to undergo a major facelift and will be closed from March 2022 to April 2023.

But in order to keep the iconic institution up and running during this period, the owners of the café – Société des Bains de Mer (SBM) – have come up with a temporary solution to ensure the fabled brasserie carries on, though in a different setting.

According to a report in Monaco Matin, the Café de Paris is decamping across the square to the stunning Belle Epoque-styled Salle Empire at the Hôtel de Paris. The location was chosen for its beautiful terrace and views onto the Place du Casino, an inspired idea that will soothe fans of the Café de Paris and allow service to continue uninterrupted. Even the furniture will be moved to Salle Empire, as will all of the staff, says SBM.

The Café de Paris started its history as the Café Divan in 1868 and was primarily for the use of hotel guests. After just a year, the restaurant’s success saw an expansion and a new name, the Grand Café de Monte-Carlo.

In 1882 and 1890, the site was renovated, but was soon changed again when, seven years later, it was demolished to make way for the Café de Paris that we know today.

Whilst huge efforts are being made to ensure everything stays the same, one change will no doubt be felt. The long-time Director of the Café de Paris, Stefano Brancato, retired on 9th January after more than three decades at the helm.

Giving equal and always friendly service to celebrities, the Princely family and regular customers alike, Brancato decided it was time, at age 63, to start a new chapter of his life, though he intends to remain active.