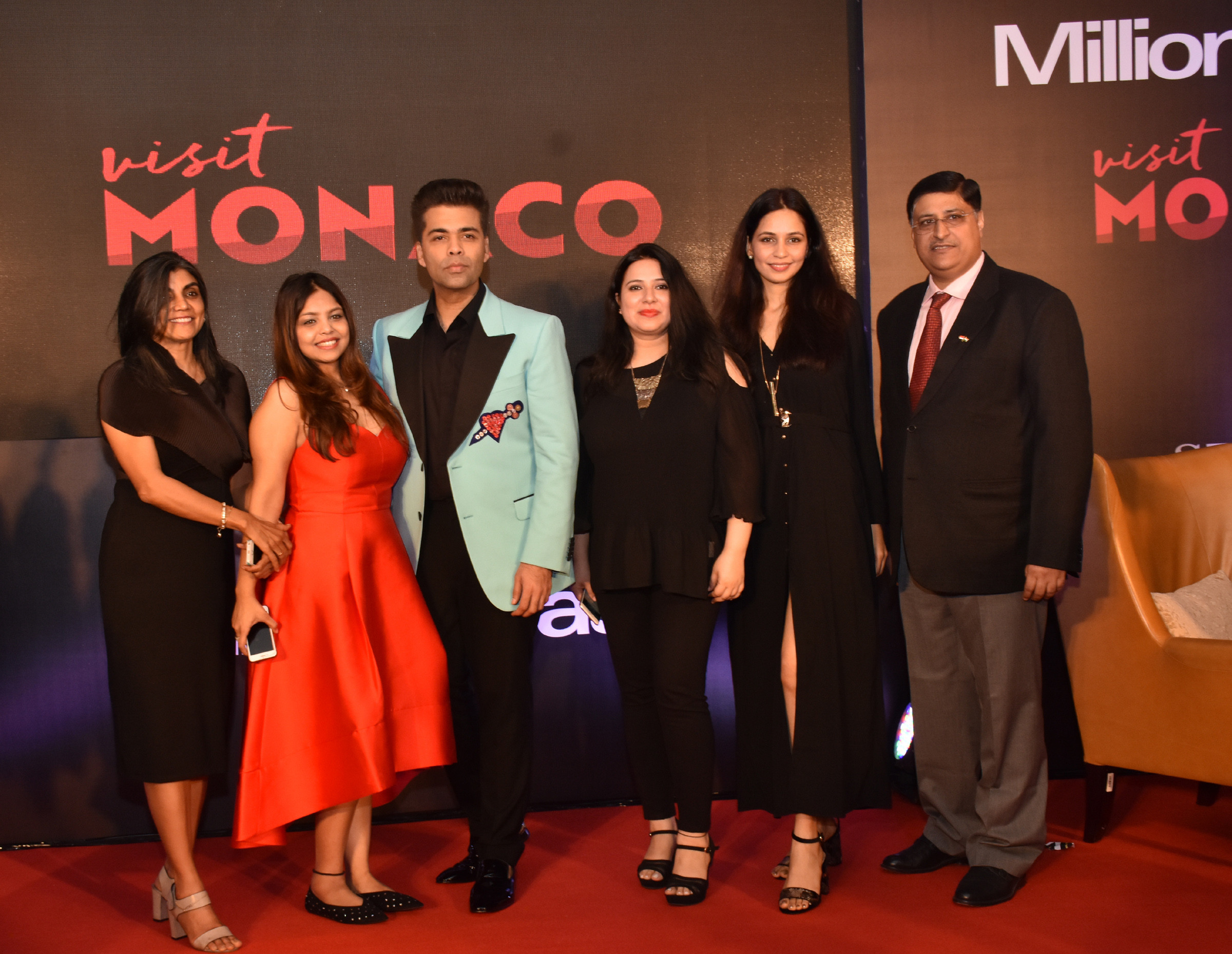 A delegation from the Tourism and Congress Department (DTC), accompanied by several Principality tourism partners, travelled to India, specifically to Goa, Pune and Bombay, for a promotional tour organised by the Indian Representation Office of the DTC during the third week of March.

The Monegasque delegation was led by Corinne Kiabski, DTC’s Director of Communications, and Charlotte Valli, South Asian Markets Manager in DTC’s Marketing and Sales Department. They were accompanied by Koji Ito from the Fairmont, Sophie Ducroux for the SBM and Sophie Codogno for the Méridien Beach Plaza, and Dominique Milardi, President of the Monegasque Association of Sommeliers.

In Goa, around 30 travel agents and opinion leaders took part in a fun weekend dedicated to discovering the Principality. Corinne Kiabski, supported by Jamal Sheikh, publisher of Hindustan Times and Huma Qureschi, the Bollywood actress, enabled guests to discover the many facets of Monaco, thanks to the new campaign of the DTC, “Green is the new Glam.”

Also in Goa, Dominique Milardi, President of the Monegasque Association of Sommeliers, offered interactive tastings of Indian and French wines to various invited audiences. It was then on to Pune, the second largest city in the province of Maharashtra, where the delegation continued its promotional tour with tourism and media professionals.

Finally, in Mumbai, Rajeev Nangia, head of the DTC’s representative office in India, and his team introduced hotel partners to wedding planners. The wedding industry in India is a very important sector and is of great interest to tourism professionals in Monaco.

India is the fifth largest economy in the world and is showing remarkable growth. Great opportunities for the Principality and its tourist market are to be expected.

DTC winds up promotional tour of US at City Winery

Lifestyle & Wellbeing Cassandra Tanti - December 5, 2019
Same sex couples in Monaco will be able to benefit from a host of legal rights afforded to married couples and their children, under a new Free Union law that has just been passed by the National Council. After reading a very detailed report by Pierre Van Klaveren on bill 974 and the civil contracts of solidarity, the law on the common life contract and the contract of coexistence was unanimously adopted by the Monaco National Council on Tuesday 4th December. "It's true, we would have preferred two different texts, but as we are pragmatic, we had declared ourselves ready to accept a single law, if it had two separate elements, with separate rights for couples and families, without hypocrisy, because of course their relationships are different. It's done,” said President of the National Council Stéphane Valeri. The rights recognised to couples, of the same sex or of different sex, protect a person in the most difficult situations of their life, such as disease, through the social coverage of their partner, or in death by more favourable succession rights or co-ownership of a lease. Mr. Valeri made a point of highlighting the fact that the common life contract is very different from a marriage contract, which remains unattainable for same sex couples in Monaco. According to French law, the union libre is an agreement between adults which grants rights between parents and potential children, but holds no obligation of sexual fidelity, nor does it grant reciprocal duties and rights between partners. “Tonight, through the joint work of the Monaco Government and the National Council, we are moving our country even more on the path of modernity,” said the council president. “This is good news firstly for all concerned couples - and I know there are many with us tonight. These couples will be able to benefit from the recognition of their situation, to which they can legitimately aspire. It is also excellent news for the international image of Monaco, a modern state which is always respectful of its institutions and values.”   Top picture: National Council votes in Free Union law. Photo: National Council

Romina Ronco and Philippe Honegger joins Barclays Monaco[/caption] Barclays is expanding its client-facing Private Banking team in the Principality of Monaco as Romina Ronco joins as a Senior Private Banker and Philippe Honegger joins as Head of Sales Trading. Recognised as a rising star in private banking and private asset management by Private Asset Managers (PAM) in their “Top 40 under 40” last year, Romina Ronco moves to the Monaco team from Barclays in London. Ms Ronco has been a Private Banker with Barclays for nearly 10 years, having joined the team in Geneva in 2008. Prior to Barclays she worked for JP Morgan Private Bank in Switzerland covering OTC derivatives trading with a focus on Ultra High Net Worth clients in Asia and Europe. She holds a CFA Investment Management Certificate and a CFA Investment Advanced Diploma. With over 25 years of experience in financial services, Philippe Honegger joins Barclays from Julius Baer where he was also Head of Sales Trading. Before this, he worked for HSBC Private Bank as Senior Fixed Income Trader, responsible for trading and investments and supporting all clients having direct access to the Trading Desk in addition to managing the Fixed Income fund. Mr Honegger holds a diploma in Business and Finance from Lausanne, Switzerland. Francesco Grosoli, Head of Barclays’ Private Bank for the Europe Middle East Africa (EMEA) region, said: “The expertise and experience that Romina and Philippe bring to the team will further strengthen our ability to offer our clients world class service and advice, bespoke innovative financial solutions, and access to Barclays’ global capabilities. "These appointments follow Barclays’ recent announcement about our growth strategy for the Private Bank and are key to our plans to continue to build on our successful track record supporting clients in Monaco.”